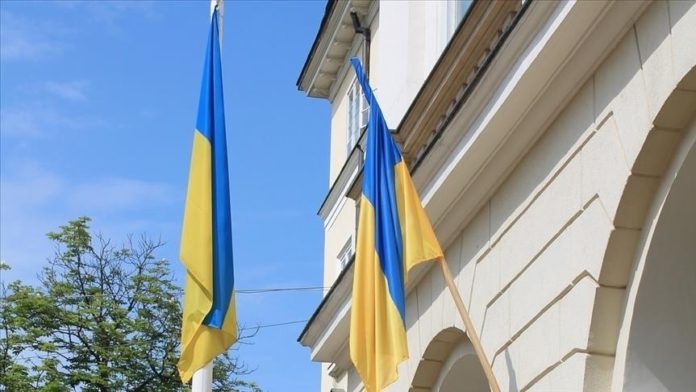 “We begin the meeting of the National Security and Defense Council,” Volodymyr Zelensky wrote on Twitter minutes after the announcements.

He said he has “discussed the events of the last hours” with US President Joe Biden, adding a “conversation” with UK Prime Minister Boris Johnson is also planned.

Russian President Vladimir Putin has officially recognized Ukraine’s Donetsk and Luhansk regions as independent states and signed the relevant agreements with leaders of the rebels in the Kremlin.

Putin also said he will request the Russian parliament “to immediately recognize” the signed agreements valid.

He also called on Ukraine “to stop the hostilities in Donbas region,” saying in the other case “the responsibility for what happens” will lie on the country’s authorities.

EU’s top officials condemned the recognition of Luhansk and Donetsk separatist regions by Russia, calling it a “blatant violation of international law.”

In a joint statement, President of the European Council Charles Michel and head of the European Commission Ursula von der Leyen condemned “in the strongest possible terms the decision by the Russian President to proceed with the recognition of the non-government controlled areas of Donetsk and Luhansk oblasts of Ukraine as independent entities.”