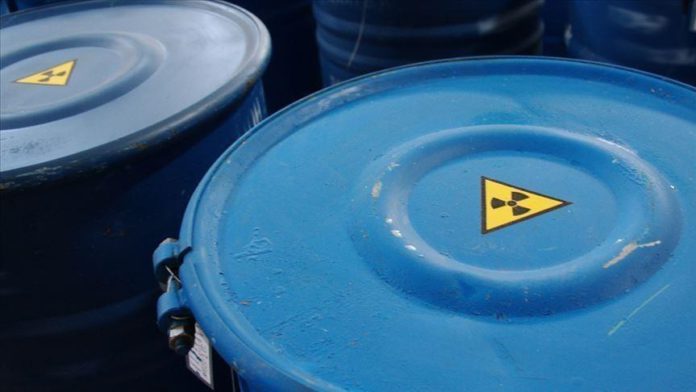 Ukraine is considering to equip itself with nuclear weapons, if the Eastern European country does not become a member of NATO, the Ukrainian envoy to Germany said on Thursday.

“Either we are part of an alliance like NATO and also contribute to making this Europe stronger … or we have only one option, which is to arm ourselves,” Andrej Melnyk told Deutschlandfunk radio on Thursday.

Kyiv would then “perhaps also consider its nuclear status,” he said. “How else can we guarantee our defense?”

In 1994, Ukraine announced that it would renounce the third-largest nuclear arsenal in the world from the Soviet-era. In return, the US, UK and Russia pledged to respect Ukraine’s borders.

In recent weeks, Russia has gathered combat-ready forces close to the Ukrainian border which is considered “as the largest massing of Russian troops since the illegal annexation of Crimea in 2014” according to NATO Secretary-General Jens Stoltenberg.

“This parade is much more than muscle play, saber rattling or war drums, as many believe here in Germany,” said Melnyk.

“We need military support. So we need the most modern weapon systems to strengthen our defenses,” he added.

The ambassador warned of “real war preparations for a new military attack on Ukraine, which should also be taken seriously in Berlin.”