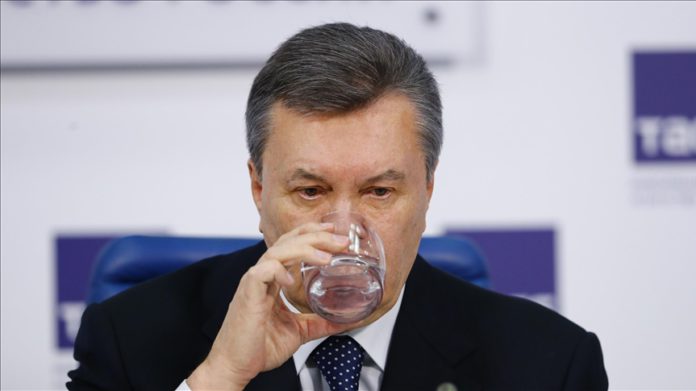 Ukraine imposed sanctions against former President Viktor Yanukovych and former high-level officials on Friday, according to the Security Service

Oleksiy Danilov, the secretary of the National Security and Defense Council confirmed the sanctions.

In 2019, a Ukrainian court sentenced Yanukovich to 13 years for treason.

The Obolonsky district court in the capital, Kyiv, declared Yanukovich guilty of treason for inviting Russian troops to Ukrainian territory and being complicit in war.