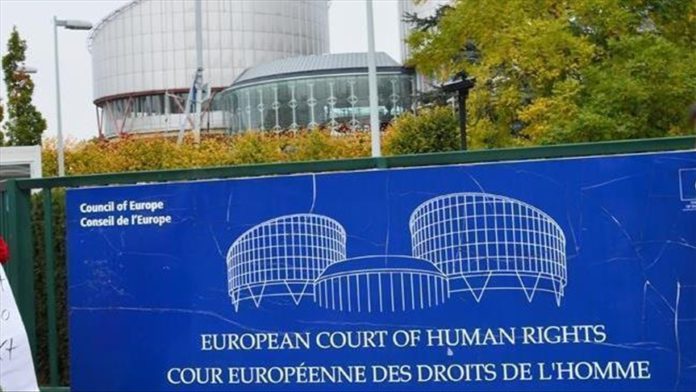 Ukraine has filed a new case with the European Court of Human Rights (ECHR) against Russia, this time over the Kremlin’s “targeted assassination operations against perceived opponents,” the court announced on Tuesday.

The case filed on Feb. 19 concerns Moscow’s “ongoing administrative practice of State-authorised targeted assassination operations against perceived opponents… in Russia and on the territory of other States, including other member States of the Council of Europe, outside a situation of armed conflict,” read an ECHR statement.

It also accuses Russia of “failing to investigate these assassinations and of deliberately mounting cover-up operations.”

This is the 9th inter-state application lodged by Ukraine at the ECHR against Russia, with four more cases currently pending.

These cases concern events in Eastern Ukraine, including the 2014 crash of Malaysian Airlines flight MH17, rights violations in Crimea, and the 2018 naval incident in the Kerch Strait that led to the capture of three Ukrainian naval vessels and their crews.

There has been widespread international condemnation of the Kremlin’s purported involvement in murders, mysterious killings, and poisoning of political opponents by hit squads and intelligence agents in and outside Russia, which the government has consistently and vehemently denied.

The European Parliament, while strongly condemning the 2015 shooting of Boris Nemtsov, a leading critic of President Vladimir Putin and leader of the Solidarnost political movement, noted that his killing “is one of a growing number of unresolved politically motivated murders and suspicious deaths perpetrated in Russia since 1998.”

Both incidents strained relations between Moscow and the European Union, with the bloc imposing targeted sanctions on Russian officials.