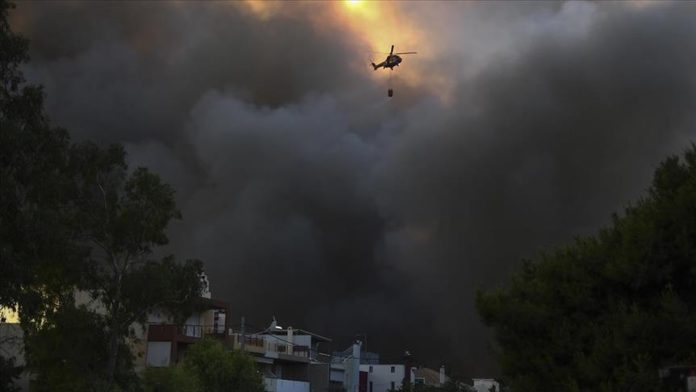 “Following President @ZelenskyyUa’s decision, 100 experienced Ukrainian firefighters have just arrived in Athens to help Greece fight wildfires. Ukraine is ready to help our friends when they need it,” Dmytro Kuleba said on Twitter.

Thousands were evacuated because of flames in the north of Athens.

Five people were injured and nearly 60 villages and settlements in the south of the country were evacuated.

Also, it was decided that the army should intervene in the forest fires.

Nikos Hardalias, the Greek civil defense and deputy minister for crisis management, said the fires broke out at 118 points in the last 24 hours.

He said 60,000 acres of forest was burned in the last four days and many houses and vehicles were damaged.