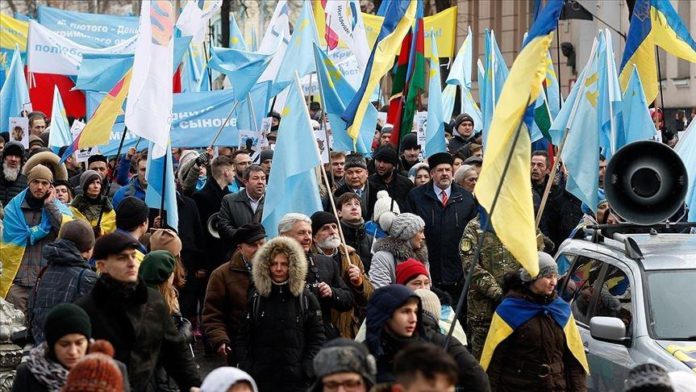 On the seventh anniversary of the illegal annexation of Crimea, Ukraine called on the international community to put more political pressure and sanctions on Russia.

Feb. 26 is a “symbol of resistance” for Ukraine, Ukraine’s Foreign Ministry said in a written statement, citing the 2014 protests by Crimean Tatars in front of the Crimean Parliament.

The statement said that Russia violated international law by annexing Crimea in an illegal and fraudulent referendum, adding: “Russia has been systematically pressuring those who oppose the occupation since then.”

“They took our hearts out 7 years ago. We will never forget who did this and who allowed it,” he wrote. “The heart of Ukraine must return. The Crimean peninsula must return.”