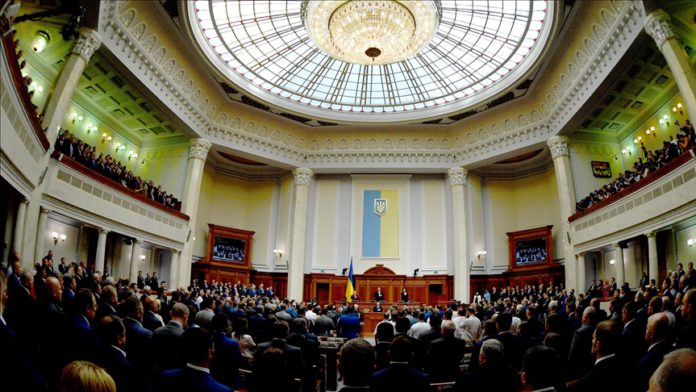 Ukraine’s parliament, the Verkhovna Rada, called on the international community Tuesday to prevent Russia from using blackmail and threats of a full-scale invasion against the country.

Lawmakers convened with this agenda amid continued tensions between Russia and Ukraine.

During the parliament session, a resolution was passed on appealing to the United Nations, the European Parliament and the governments and parliaments of foreign states and international organizations to prevent Russia from continuing its military blackmail against Ukraine, which is unjust and it is carrying out in order to prevent the implementation of Ukraine’s European and Euro-Atlantic aspirations.

The resolution was passed with the votes of 282 out of 319 deputies.

Parliament also called for the use of all possible diplomatic means to facilitate the de-escalation of the situation and the withdrawal of Russian troops from Ukraine’s borders.