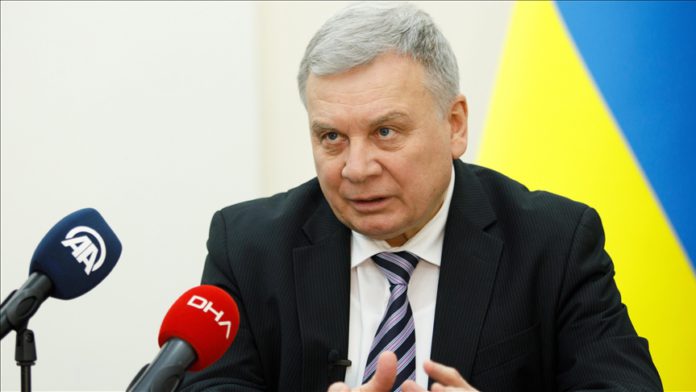 Ukraine’s defense minister asked the EU to support his country with strong diplomacy against Russia.

Andrii Taran told EU lawmakers at the European Parliament’s Subcommittee on Security and Defense that Ukraine expected “substantive military provocations this year” in Crimea and the area of its northeast borders.

Taran said that Russia increased its military presence in Crimea up to 43,000 troops and was concentrating significant naval forces in the Black Sea, Caspian Sea and the Sea of Azov.

Russia concentrated “56 battalion-size technical groups with 110,000 troops” in the proximity of the Ukrainian border, he said.

“Russia poses a credible threat to Ukraine’s national security” since the offensive military buildup can be “used in an unpredictable manner,” according to Taran.

He warned that “Crimea’s infrastructure has been prepared to potentially store nuclear weapons.”

Taran also cited recent political developments in Belarus that could end up in a permanent Russian military presence there that could have a significant effect on EU’s security.

EU countries should “double their vigilance” and diplomatic efforts “to keep Russia in the brakes of international order,” he told lawmakers.

In recent weeks, Russia has gathered combat-ready forces close to the Ukrainian border which is considered “as the largest massing of Russian troops since the illegal annexation of Crimea in 2014” according to NATO Secretary-General Jens Stoltenberg.

March 3, 2021
We use cookies to ensure that we give you the best experience on our website. If you continue to use this site we will assume that you are happy with it.Ok