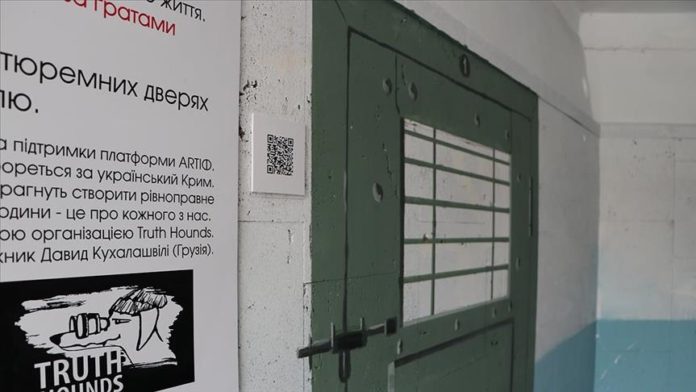 An underground passage in Ukraine’s capital Kiev, painted as a “prison corridor” by a Georgian artist to commemorate Crimean political prisoners, opened to visitors on Monday.

The “Underground Dead End” was painted by Georgian artist David Kuhalashvili in support of 98 Crimean political prisoners imprisoned by Russia in annexed Crimea.

The prison corridor is an art project jointly implemented by NGOs CrimeaSOS and ARTIF, an art platform based in the Georgian capital Tbilisi.

Speaking to Anadolu Agency, Kuhalashvili said he worked for 10 days to make the illustration look real so that people who see it can feel the emotions. He added that he would like to do a similar project in Georgia.

Speaking at the opening, Mila Shevchenko of CrimeaSOS said Ukrainians know nothing about what happened in Crimea and to the 98 Crimean prisoners.

Former prisoner Ismail Ramazanov said the prison in Crimea was a terrible place and should be replaced by a monument.

Russia and Ukraine have been at loggerheads since 2014, when Russia annexed Crimea after a controversial referendum. Turkey as well as the UN view the annexation as illegal.