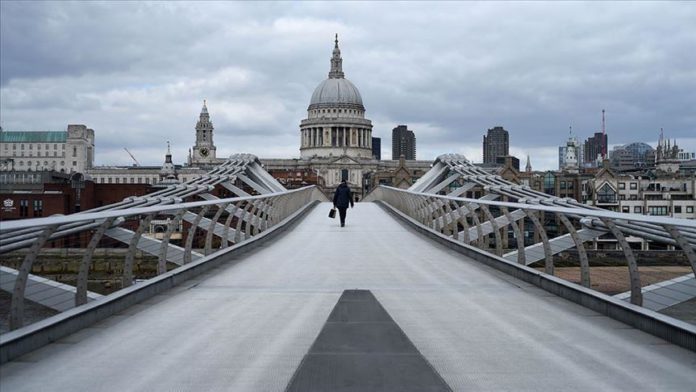 British authorities announced on Friday that a further 324 people have died due to the coronavirus in the country over the past 24 hours, bringing the toll to 38,161, as tens of thousands of jobs look increasingly at risk in the coming months.

The scheme will run until October, with the scheme being unaffected in June and July.

The Office for Budget Responsibility, an independent body that reports on the public finances, forecast that the overall cost of the job retention scheme could reach £80 billion, pushing the overall cost of coronavirus in the UK to over £300 billion.

Manufacturers in the UK are on the verge of sacking tens of thousands of workers, according to a poll released on Friday.

A poll by Make UK, which represents manufacturers in the UK, said that a quarter of companies are planning to cut jobs within the next six months, and that another 45% of manufacturers are considering terminating employees in general.

Less than a third, 30%, of manufacturers said they would not cut staff at all.

Stephen Phipson, the chief executive of Make UK, said: “There is no disguising the fact these figures make for awful reading with the impact on jobs and livelihoods across the UK.”

The COVID-19 pandemic has drastically decreased demand for cars, machinery, and other heavy manufactured goods.

The Office for National Statistics, the UK’s official statistics agency, released the results of a new survey that found 20% of Brits were concerned about their health and safety at work, an increase from 11% last week.

Since originating in China last December, the pandemic has claimed over 362,200 lives in 188 countries and regions.

More than 5.87 million cases have been reported worldwide, while over 2.46 million people have recovered so far, according to figures compiled by the US’ Johns Hopkins University.