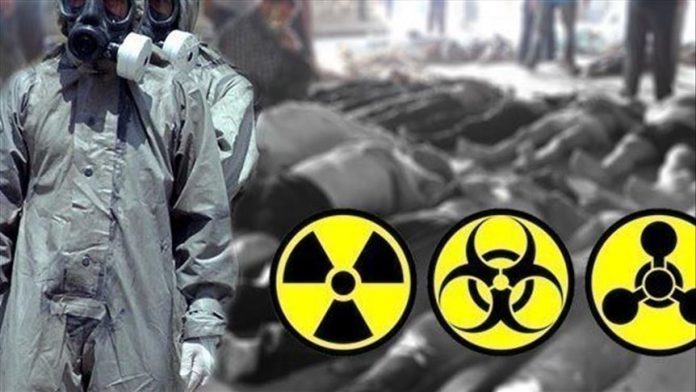 The British government on Thursday welcomed a report by the international chemical weapons watchdog on the use prohibited chemical weapons by forces of Syria’s Bashar al-Assad regime in Ltamenah in March 2017.

“These appalling attacks were part of a wider pattern of sustained chemical weapons use by Assad’s regime against his own people,” Foreign Secretary Dominic Raab said in a statement.

Raab, who is deputizing for Prime Minister Boris Johnson following his admittance to hospital with persistent coronavirus symptoms, said he was grateful for the “thorough efforts” of investigators for the Organization for the Prohibition of Chemical Weapons (OPCW).