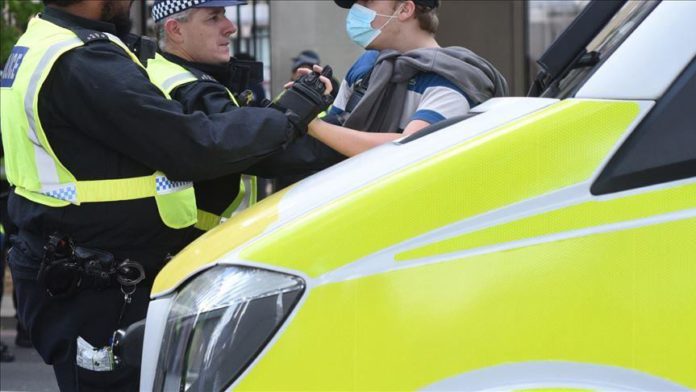 A union representing retail staff in the UK has called on the government to better protect shop workers after violence against them has doubled during the coronavirus pandemic, local media reported on Saturday.

The Union of Shop, Distributive and Allied Workers (USDAW) said that shop workers have been assaulted, threatened, or abused at least once a week since the start of the crisis, as opposed to just once every two weeks in 2019.

General Secretary Paddy Lillis told Sky News: “It’s unacceptable for any walk of life and it needs to stop.”

“There has to be something tangible there that the criminal knows if he attacks a worker, if he assaults and abuses a worker, he will face the full rigours of the law,” he said.

Peter Denys, a central London store manager with the Co-op supermarket chain, told Sky News: “It happens on a daily basis – some days you can have three or four incidents.

“People threaten us with bottles, knives, syringes and with COVID coming on, spitting. So they’re just using whatever tools they’ve got.”

Enforcing social distancing guidelines had become a “flashpoint” he said.

In the week following face masks being compulsory in shops, the Co-op said there were 990 cases of anti-social behavior and verbal abuse in-store.

Staff now wear body cameras as part of their uniforms, so that footage of incidents can be used as evidence in prosecutions.

“It’s defused a lot of situations,” Denys said. “If you tell them ‘you’re being filmed’, they just leave the store.”