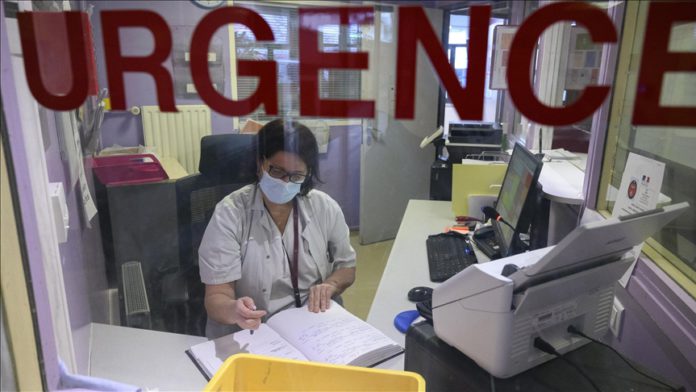 French Prime Minister Jean Castex said Thursday that the coronavirus situation has deteriorated in the past few days and “about half” of those who have been infected contracted the UK variant.

As a result, authorities are introducing new strategies to fight the virus, which include enabling family doctors to vaccinate and widening weekend lockdowns in the worst affected regions.

To accelerate the vaccination strategy and protect vulnerable populations, Castex said family doctors and general practitioners can now administer the AstraZeneca vaccine to patients aged 50 to 64 with co-morbidities.

There are around 30,000 family physicians who will start the inoculation this week.

In March, vaccines will be administered by pharmacies. A total of 2,656,447 people have received their first dose.

France recorded a high number of daily infections Wednesday, with 31,159 cases — the first time since November.

In the past 24 hours, 25,403 new cases were confirmed with 261 deaths. The pandemic has infected 3.6 million people and claimed 85,582 lives in France since it was first detected.

Castex detailed 20 departments across the country where circulation of the virus was strong and suggested imposing weekend lockdowns starting March 6.

Amongst the worst affected areas are large parts of Ile-de-France, which includes Paris, and the cities of Marseilles and Lyon.

First Deputy of Paris Emmanuel Gregoire, expressed discontent with the possibility of a weekend curfew and characterized it as a “the worst because it is a half measure with bad results.”

He told France Info there was a need for a strict but short lockdown and said the townhall of Paris will propose a three-week lockdown measure to regional health authorities.

Weekend lockdown will be enforced this week in Nice and Cannes, bordering Italy, as well as Dunkirk in the north across the English channel.

Indicating that vaccination among the elderly was working, Castex said an initial evaluation showed the infection rate has been falling in those older than 80.

“We note that the virus circulates less in the elderly than in the general population.”

The government intends to offer the vaccine to those older than 50 by May.