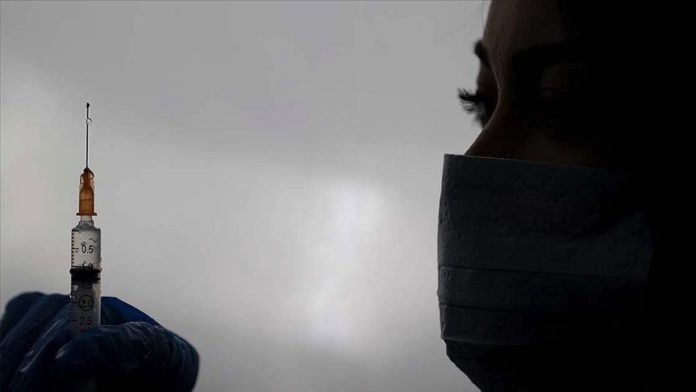 More than 10 million people in the UK have received the first dose of the coronavirus vaccine.

At this rate, the country is in third place globally with 15% of its population receiving the vaccine.

“This is a hugely significant milestone in our national effort against this virus. Every jab makes us all a bit safer – I want to thank everyone playing their part,” Hancock added.

It took the UK just under two months to reach this milestone.

According to the government, by early April all nine top priority groups would have received the first dose.

Congratulating the nation on this milestone, Prime Minister Boris Johnson said in a statement: “It’s fantastic that 10 million people in the UK have got their first dose of the vaccine. Thank you to everyone who has helped make this possible.”

With vaccination increasing, the number of confirmed cases continue to fall, as do deaths.

The latest R range for the UK is 0.7 to 1.1 with the current growth rate being -5% to 0% per day. The R number is a mechanism used to rate the virus’s ability to spread, with R being the number of people that one infected person will pass the virus on to.

A study, undertaken by the University of Oxford, has revealed that the Oxford/AstraZeneca vaccine is highly effective in reducing the spread of the virus and could cut transmissions by 67%.

The conclusions of the research suggest that the vaccine will most possibly have a significant impact on the rate of transmission of the virus, making it the first vaccine in the world to produce such positive results.

Health Secretary Hancock said that the research shows that “vaccines are the way out of the pandemic” and described the news as being “absolutely superb.”

Furthermore, the Oxford/AstraZeneca team has announced that a new vaccine aimed at targeting new variants of the virus could be ready to be administered by October this year, raising hopes that new mutations could eventually be brought under control.

During a joint news conference hosted by the prime minister and chief medical officer Professor Chris Witty, Johnson said that despite the decrease in cases and deaths, infection rates remain high in comparison to the previous year when the pandemic spread to the UK.

“Though there are some signs of hope, the level of infection is still alarmingly high,” Johnson said, urging people to remain cautious and continue to abide by government guidelines and restrictions.

On Monday, the South African variant of the coronavirus was detected in eight areas of England. By Tuesday, the mutation spread to two major cities, Liverpool and Bristol. The government has launched an emergency testing scheme to prevent the further spread of the variant.

US college to pay $1.1B in sexual abuse lawsuits