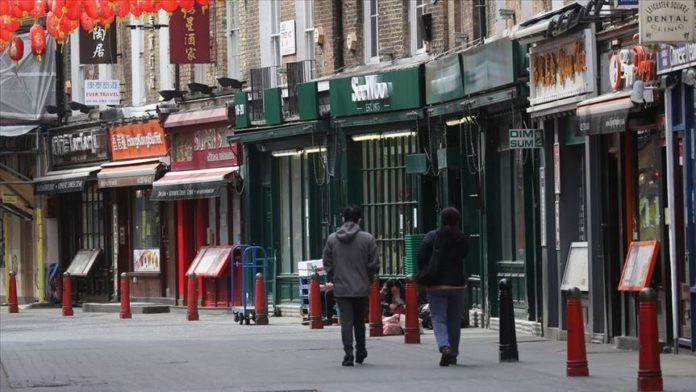 LONDON (AA) – The coronavirus pandemic continues to affect Britain’s job markets as the UK’s unemployment rate climbed to 4.8% in the three months ending in September 2020, its highest level since November 2016, according to official figures.

More than 180,000 people in the country have been made redundant within the same period.

Figures from the Office for National Statistics (ONS) showed that the number of employees on UK payrolls has fallen by 782,000 since March.

According to estimates by the Bank of England (BoE), the unemployment rate will reach 7.75% by the end of the first quarter of next year.

The rising numbers are mainly due to the first national lockdown, which started late March after death and infection figures dramatically rose.

The government announced a scheme, which allows employees to go on ‘furlough leave’ instead of being dismissed or laid off. Employers pay them 80% of their salaries thanks to government subsidies.

The scheme was planned to end by the end of October but with the introduction of a second national lockdown, it was extended to the end of March 2021.

The second lockdown in England is due to end on Dec. 2.

“I know that this is a tough time for those who have sadly already lost their jobs, and I want to reassure anyone that is worried about the coming winter months that we will continue to support those affected and protect the lives and livelihoods of people across this country,” he added.

The uncertainty on the fate of a post-Brexit trade deal with the EU also affects the employment rates. Many companies have laid off their staff within the past 18 months as the Brexit transition period is to expire end of the year.

UK and EU officials have pledged to “double up” their efforts to reach an agreement this week.

Nearly 50,000 people died across the UK because of the coronavirus since the start of the pandemic.

FETO fugitive ex-footballer spotted in US

Nigeria in talks with China on COVID-19 vaccine