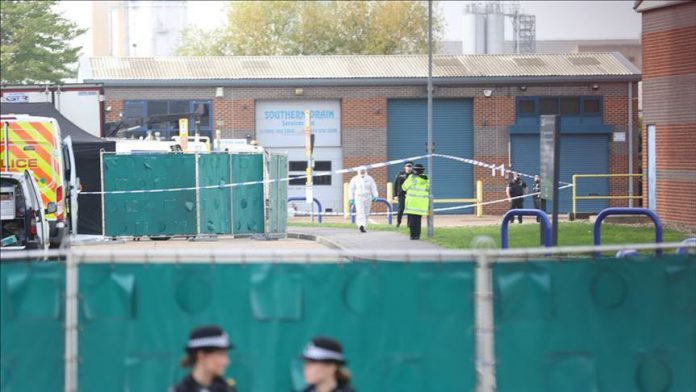 British police on Friday urged two men to hand themselves in to Northern Ireland security forces over an ongoing investigation into the deaths of 39 people discovered in a truck trailer last week in Essex, England.

Essex police made a direct appeal to brothers Ronan and Christopher Hughes, confirming that they were able to speak to Ronan by phone.

“Today I want to make a direct appeal — Ronan and Christopher, hand yourselves in to the Police Service of Northern Ireland,” said Detective Chief Inspector Daniel Stoten in a televised appeal.