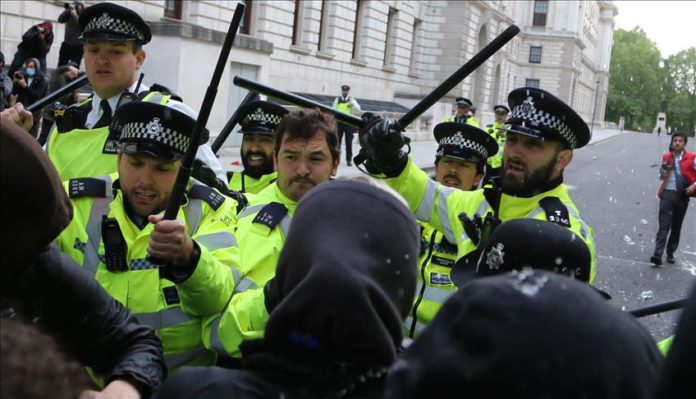 One of Britain’s top police chiefs has urged the nation’s police to “stand up to racists.”

Neil Basu, Metropolitan Police assistant commissioner, its most senior black and minority ethnic (BAME) police officer, said it was time to “stand up to racists, to inequality and injustice.”

Basu’s remarks came in a guest column for The Guardian daily.

When he joined the force in 1992, he had “doubts about the organization,” he wrote, and it was “particularly hard” to be from a minority ethnic background at the time of the inquiry into the Stephen Lawrence murder.

The 1993 killing of Lawrence in a racially motivated attack was followed by an inquiry by Sir William Macpherson.

“The damning findings and recommendations of that inquiry are etched into the fabric of UK policing’s history – but the positive outcomes, hard won, are real,” he wrote.

“Our progress since has not been smooth, either, with missteps and setbacks along the way,” he added.

“Each setback is heart-breaking and despite how far we have come we must confront the fact that with many of our communities – especially the black community – we still have a long way to go.”

He underlined that it has been a “particularly shattering week” for BAME colleagues during protests and violence sparked by the death of George Floyd in the US.

“The way George [Floyd] died represented the worst of policing and will forever be a totemic image of racial injustice in America,” Basu wrote.

He wrote: “So let us view the legitimate anger, manifesting itself now in different ways, with nuance and care.

“Yes, some people behave badly; yes, a tiny minority are no more than criminal opportunists, but the overwhelming majority are showing solidarity with George and what his death represents. They have a point. We need to listen to our communities, and our people, and focus on what we in the UK can do better.”

Anti-racism protests have continued in the UK since the death of George Floyd, with more planned in the coming days.

Protests have been planned for Saturday, June 13 in multiple locations across the country and the capital London.

Meanwhile, far-right figures including Tommy Robinson, former leader of the racist, fascist English Defence League (EDL), have vowed to come to London on the same day to hold a counter protest.

Many members of far-right groups have been posting videos and photos showing them becoming vigilantes to protect statues across the country.

A statue of 17th-century slave trader Edward Colston was pulled down Sunday and thrown to the bottom of Bristol harbor during a Black Lives Mater protest in Bristol.

A number of statues, including of Britain’s legendary Prime Minister Winston Churchill in Parliament Square, were sprayed with graffiti during the protests.

US: Seattle will dismantle protest zone after violence