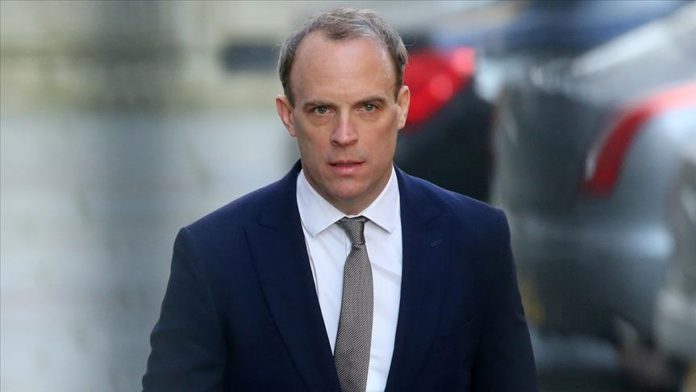 The UK on Tuesday said it would conduct an urgent review of export controls on goods from China’s Xinjiang province, home to the Uighur minority community, because of human rights violations there.

Speaking at the House of Commons, Foreign Secretary Dominic Raab said the government would do everything in their capacity to make sure the UK is not receiving goods from the region.

Calling the treatment of Uighurs “truly horrific barbarism”, he warned China that the UK will not support any form of human rights violations.

“The Government will conduct an urgent review of export controls as they apply specifically geographically to the situation in Xinjiang,” Raab said.

“This is to make sure that we are doing everything that we can to prevent the export of any goods that could directly or indirectly contribute to human rights violations in the region.”

He added: “This package put together will help make sure that no British organisation, Government or private sector deliberately or inadvertently are profiting from or contributing to human rights violations.

“The overwhelming majority of British businesses would not dream of it, today’s new regulations will penalise any reckless business that does not take those regulations seriously.”

China has been widely accused of putting Uighurs into camps and there have been reports of the forced sterilization of Uighur women.

Rights groups, including Amnesty International and Human Rights Watch (HRW), accuse Beijing of oppressing 12 million Uighurs in China, most of whom are Muslims.

A 2018 HRW report focused on what it said was a Chinese government campaign of “mass arbitrary detention, torture, forced political indoctrination, and mass surveillance of Xinjiang’s Muslims.”

Similarly, Amnesty International has published reports on a “campaign of mass internment, intrusive surveillance, political indoctrination and forced cultural assimilation,” saying that the “true scope and nature of what is taking place in Xinjiang remains obscured”.

China has repeatedly denied allegations that it is operating detention camps in its northwestern Xinjiang autonomous region, claiming instead that it is “re-educating” Uighurs.