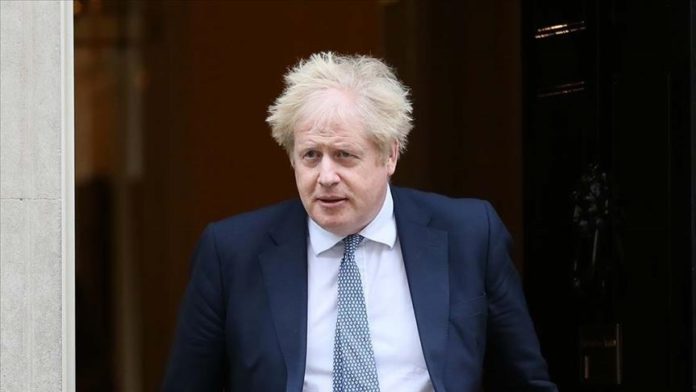 Britain will provide a further military package to Ukraine, including defensive weapons and non-lethal aid “in the light of increasing threatening behavior from Russia,” Prime Minister Boris Johnson said Wednesday.

Johnson said the UK has been “out in front in offering military support” to Ukraine and that they “keep ammunition in reserve for what could be a protracted struggle.”

In a weekly session of questions from lawmakers at the House of Commons, Johnson said 275 individuals have been sanctioned already, and “there is more to come.”

Responding to a question by Labour Party leader Keir Starmer that whether the UK would ban Russia from using the international payments system SWIFT, Johnson said the UK is ready to escalate sanctions with newly introduced “far-reaching legislation.”

Starmer asked Johnson whether Russia Today (RT) will be banned from air in the UK, describing the channel as “a propaganda tool” of Russian President Vladimir Putin.

He said: “We live in a democracy and we live in a country that believes in free speech. I think it’s important that we should leave it up to Ofcom rather than to politicians to decide what media organizations to ban.

“That’s what Russia does.”

A letter from Media Secretary Nadine Dorries to the CEO of the Ofcom — exclusively shared with the public by The Times — asked the watchdog to take “timely and transparent” action against the broadcaster.

The letter said Dorries was concerned that RT will “look to spread harmful disinformation.”

“I call on you to ensure actions are timely & transparent to reassure the British public,” she wrote.

The country has been supporting Ukraine with defensive weapons since the crisis started along the Ukraine-Russia border.

The announcements drew widespread global condemnation as violations of the UN Charter and international law, with Western countries announcing new sanctions on Russia.