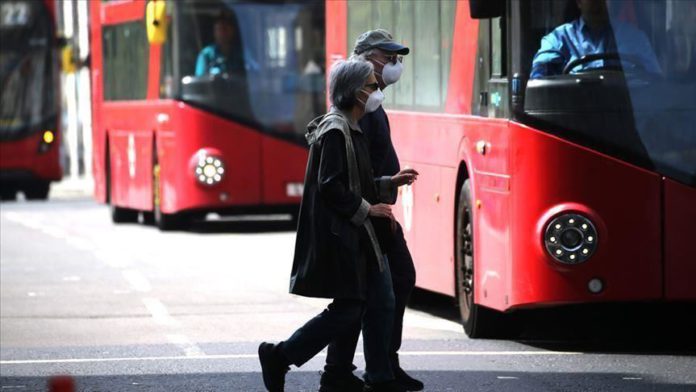 Local outbreaks of the novel coronavirus could be met with local lockdowns, a British government minister said Sunday as health authorities announced that another 113 people died of COVID-19 across the UK over the past 24 hours.

Earlier in the day, Foreign Secretary Dominic Raab suggested that if infections again rose in certain areas, the government could introduce local lockdowns.

“What we really want to avoid is any re-entering of the lockdown,” he told the BBC. “If we had a second spike, in the way you’ve described, it would obviously be bad on public health grounds but it would be bad for the economy and I think it would be bad for public confidence.

“So, the really important thing is, as we take the measures, if there’s any uptick in any particular locality or setting, we’ve got the ability to take targeted measures. And that’s why the test and tracing system will help us not just bear down on the virus, but take further steps along our roadmap to bringing life back to something a bit more resembling normal.”

The pandemic has claimed over 370,000 lives in 188 countries and regions, with more than 6 million cases reported worldwide and recoveries exceeding 2.58 million, according to figures compiled by the US’ Johns Hopkins University.