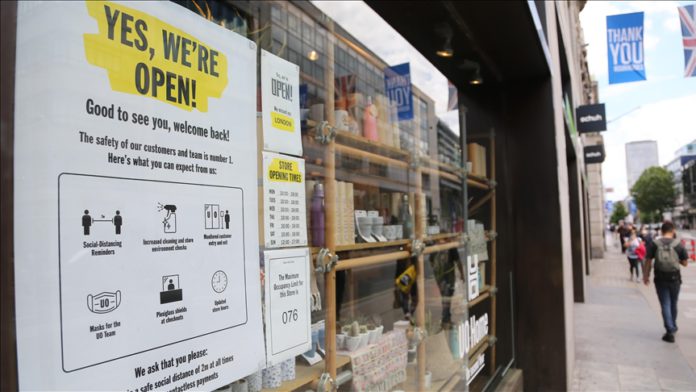 UK Prime Minister Boris Johnson confirmed Monday that the lifting of nearly all remaining coronavirus restrictions in England will go ahead on July 19 despite a surge in the number of cases and warnings from senior scientists that doing so would threaten a deadly variant wave.

Speaking at a press conference at Downing Street, Johnson announced that the government will change its position on how to advise the population in regards to the pandemic and instead of relying on social distancing rules to govern people’s behavior, it will allow people to decide for themselves on how to navigate the pandemic in social and public settings.

“As we come to the fourth step, we have to balance the risks — the risks of the disease which the vaccines have reduced but very far from eliminated, and the risks of continuing with legally enforced restrictions that inevitably take their tolls on people’s lives, livelihoods, health and mental health. We must be honest with ourselves that if we can’t reopen our society in the next few weeks, when we will be helped by the arrival of summer and the school holidays, then we must ask ourselves when will we be able to return to normal?” Johnson said.

“To those who say we should delay again, the alternative to that is to open up in winter, when the virus will have an advantage, or not at all this year. And so again without pre-empting the decision on 12th July, let me set out today our five-point plan for living with COVID in the hope that it will give families and businesses time to prepare.”

Changes that will follow on Monday, July 19 include the allowance of fully vaccinated adults to travel to amber-list countries without having to self-isolate when they return, making the mandatory wearing of masks voluntary except in hospitals and other health care settings, no requirements for fully vaccinated adults to self-isolate if they have come into contact with an infected individual, and the ditching of the school bubble system which allowed pupils to quarantine at home if their peers tested positive for the virus.

Furthermore, customers at restaurants and pubs will no longer be required to check in on an NHS app and scan its QR code as per the track and trace system and the one-meter rule will no longer apply. Johnson also announced that all businesses can reopen in two weeks’ time and workers will no longer be told to work from home.

Sajid Javid, the newly appointed health secretary, claimed that it would be impossible to fully stamp out the virus and, like the flu, people would have to learn to live with and find ways to cope with the virus.

Scientific advisers and experts have reacted with shock and bewilderment over the government’s plans to reopen the country despite a rampant surge in the number of cases brought on by the deadly and highly transmissible Delta variant which are at the highest levels since January this year.

Stephen Reicher of Scotland’s University of St. Andrews and a member of the government’s subcommittee on behavioral science spoke of the importance of having to wear a mask especially in settings where there are crowds and bad ventilation such as public transportation, busy shops and restaurants as well as nightclubs and festivals and has called out Javid for casually comparing the coronavirus to the flu.

“It is frightening to have a ‘health’ secretary who still thinks COVID is the flu. Who is unconcerned at levels of infection. Who doesn’t realize that those who do best for health also do best for the economy. Who wants to ditch all protections while only half of us are vaccinated,” Reicher said, as quoted by The Guardian.

Susan Michie, director of the Centre for Behaviour Change at University College London (UCL) and a member of the same subcommittee as Reciter, accused the government of allowing a further surge in cases by reopening the country, arguing that the ditching of social distancing rules would aid in the building of “variant factories” across the country.

Speaking to Times Radio, Dr. Nikki Kanani, medical director of primary care of NHS England, has defended the continued use of wearing face masks and has argued that they have been effective in preventing the transmission of cases in public and social settings.

“One of the things that we know is masks work. If there is advice to keep wearing masks, I know I will, and I’ll be encouraging others to do so as well,” Kanani said.