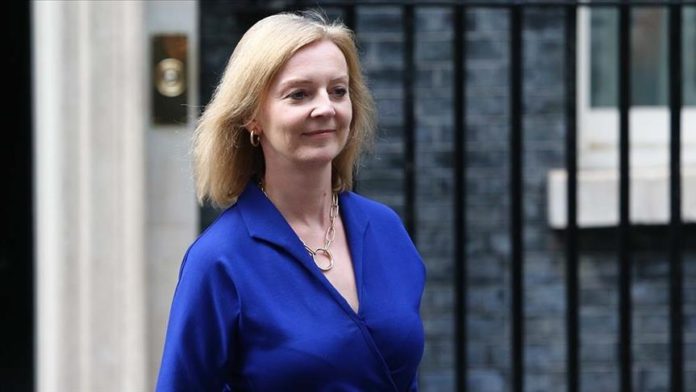 The British government on Sunday announced it will double the number of its troops stationed in Estonia as Prime Minister Boris Johnson is set to visit the embattled region and hold a phone call with Russian President Vladimir Putin.

In a statement posted on the government’s official website, Foreign Secretary Liz Truss accused Russia of jeopardizing the security, peace, and stability of Europe by massing forces on Ukraine’s eastern border and holding so-called “military exercises” in Belarus. Truss also urged Moscow to engage with the West diplomatically and withdraw its increasingly aggressive rhetoric against Kyiv.

“Moscow’s campaign against Ukraine and fellow democracies is undermining the very foundation of European security. And so, it is vital we face down the clear and present threat posed by Russia. This malign activity goes beyond the borders of Ukraine. Russia is using its influence to fan the flames of discord in the Western Balkans,” Truss said.

“That is why we are reinforcing our diplomatic efforts with deterrence. We are offering NATO additional fast jets, warships, and military specialists. We are doubling troop numbers to Estonia and have the HMS Prince of Wales on standby to move should tensions rise further,” she added.

The foreign secretary also announced that Johnson will launch a diplomatic offensive in the coming week by holding a phone call with Putin and by visiting Ukraine. Furthermore, the UK will join talks at the UN Security Council and together with the US and allies will pressure Russia to pursue a diplomatic path to the growing crisis.

Along with Johnson’s diplomatic push, Truss will also visit Moscow in the coming week and meet with Russian Foreign Minister Sergei Lavrov to discuss rising tensions between Moscow and NATO. The former has demanded a withdrawal by the latter from what it sees as its region of influence despite repeated claims by the western military alliance that it has no intention of provoking Moscow.

“Together, we are urging Russia to sit down for proper negotiations, based on the key principles of freedom, democracy, and the rule of law. The alternative can only end in tragedy: with an incursion leading inevitably to huge suffering and severe economic consequences through sanctions.”

“The ball is in Russia’s court. I will continue to make the case with our allies and directly to Moscow for a diplomatic solution. But I am also ready to take the necessary steps to spell out the consequences of continued belligerence.”

Alongside his foreign minister, Prime Minister Boris Johnson on Sunday also offered a significant support package to NATO forces stationed in eastern Europe. The offer was made after a request was made to defense and security chiefs to ramp up defensive efforts across the continent.

During a briefing with military officials on the situation in Ukraine, Johnson ordered the deployment of the armed forces across Europe in the coming weeks to ensure support for its allies in NATO and elsewhere via land, sea, and air.

“This package would send a clear message to the Kremlin – we will not tolerate their destabilizing activity, and we will always stand with our NATO allies in the face of Russian hostility,” Johnson said in a statement.

“If President Putin chooses a path of bloodshed and destruction, it will be a tragedy for Europe. Ukraine must be free to choose its own future,” the prime minister added.

The UK has ramped up supportive efforts to Kyiv in recent weeks by supplying its military with anti-tank missiles. British military advisers have also flown into the country and have trained up to 22,000 Ukrainian regular forces.