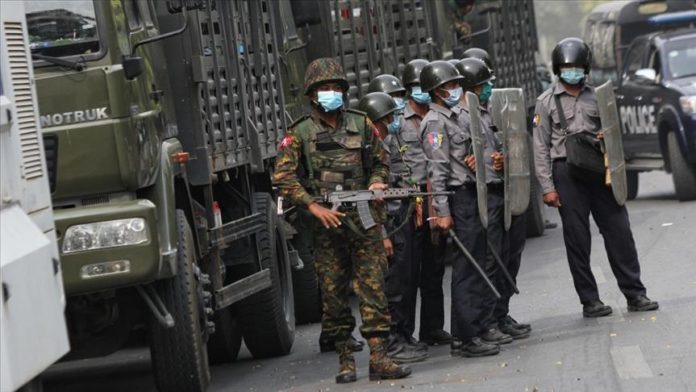 The new sanctions against Myanmar Economic Corporation (MEC), a military-linked conglomerate, will be enforced “immediately” for its involvement in “serious human rights violations by making funds available to the military, as well as its association with senior military figures,” the Foreign and Commonwealth Office (FCO) said in a statement.

“Designating MEC will prohibit funds and economic resources being made available to any subsidiaries ‘owned or controlled’ by MEC as defined by the Global Human Rights sanctions regime,” read the statement.

Foreign Secretary Dominic Raab said the UK’s actions were in response to the Myanmar military’s brutal crackdown on pro-democracy protesters.

“Two months on from the start of the coup, the Myanmar military has sunk to a new low with the wanton killing of innocent people, including children,” he said.

“The UK’s latest actions target one of the military’s key funding streams and impose a further cost on them for their violations of human rights.”

The designation of MEC is in response to “credible evidence that it has contributed funds to support the Myanmar military, known as the Tatmadaw who have committed serious human rights violations across the country, and that MEC is associated with senior military officers,” the FCO statement further said.

Led by its chief Sr. Gen. Min Aung Hlaing, the Myanmar army seized power in a coup on Feb. 1 and has since been using increasing force to quell protests demanding the immediate end of military rule.

At least 536 protesters have been killed by security forces during weeks of unrest, according to Assistance Association for Political Prisoners, a rights group based in Thailand.

Maduro says he will be 1st to get Russian vaccine