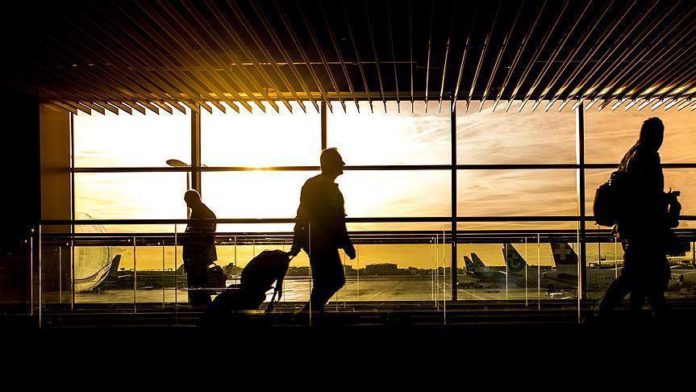 The UK on Monday suspended all flights to Belarus and ordered airlines to avoid Belarusian airspace after a Ryanair flight from Lithuania was forced to land in the capital Minsk.

Grant Shapps, the secretary of state for transport, instructed the UK Civil Aviation Authority to order all flights to avoid Belarusian airspace to keep British and other passengers safe and suspended the permit of Belarus’s national airline Belavia after a journalist and regime critic was arrested upon landing in the country.

“The UK Government is today issuing a notice to advise all UK airlines to cease overflights of Belarusian airspace. Belavia, the Belarusian airline, has also had its operating permit to fly between the UK and Belarus suspended with immediate effect,” the government said in a statement.

“The announcement follows the Belarusian authorities’ diversion of a passenger flight from Greece to Lithuania yesterday. The Ryanair jet carrying over 100 passengers was diverted to Minsk on the basis of a false bomb scare in order to arrest an opposition journalist — in a further move by the Belarusian authorities in its ongoing war against independent journalism and opposition voices,” it added

Addressing the incident that took place on Sunday, Foreign Secretary Dominic Raab addressed the House of Commons and described the hijacking of the Irish commercial airline as a “shocking assault on civil aviation” and called on Belarusian authorities to release the airline and its passengers.

“It represents a danger to civilian flights everywhere and it is an egregious and extraordinary departure from the international law and the international practice that guides international civil aviation under the Chicago Convention,” Raab said in his opening statement.

“The regime in Minsk must provide a full explanation for what appears to be as I said a serious violation of international law. Lukashenko’s regime must be held to account for such reckless and dangerous behaviour,” the foreign secretary added.

Following the incident, the government summoned the Belarusian ambassador.

The government is also working with EU and US leaders in implementing further sanctions on regime individuals responsible for the incident.

Ryanair Flight FR4978 was forced to land in the Belarusian capital Minsk. The airline had left Athens, Greece, and was bound for the Lithuanian capital of Vilnius when Belarusian MIG fighter jets escorted the passenger jet toward Minsk.

Upon landing, leading regime critic, journalist and opposition figure Roman Protasevich was arrested by authorities and is currently being held in jail. The international community has condemned Minsk’s actions and is calling on the regime to release Protasevich.