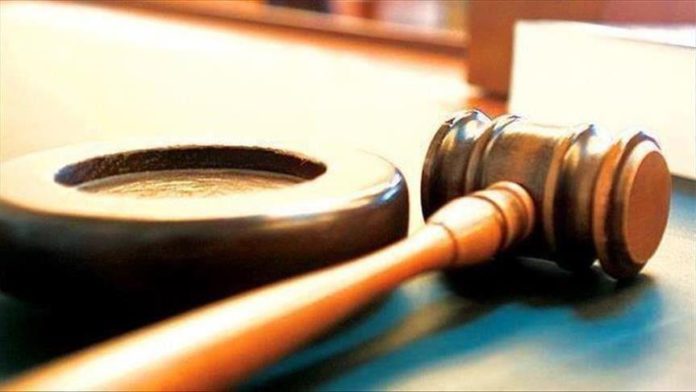 Britain’s Supreme Court on Wednesday confirmed that carrying symbols linked to the PKK terrorist organization during protests is a punishable crime, rejecting an appeal by three members with various jail terms.

The court said in a summary that the appellants “took part in a demonstration” protesting Turkey’s military actions against the PKK and its Syrian offshoot in a 2018 cross border operation and that “each carried a flag of the … PKK an organisation which is proscribed under the 2000 Act.”

The terror offence by the appellants were carried out during a demonstration in central London on Jan. 27, 2018.

The appellants, namely, Rahman Pwr, Ismail Akdogan, and Rotinda Demir, were convicted with the offences under the 2000 Terrorism Act by the Westminster Magistrates’ Court. Pwr and Akdogan were given three-month conditional discharges and Demir received an absolute discharge.

The PKK members appealed at the country’s Crown Court previously on the grounds that they did not know what they carried.

However, the Crown Court dismissed their appeals as their actions “created an offence of strict liability meaning that the offence did not require a person to have any knowledge of the import of the article that he or she was wearing, carrying or displaying, or of its capacity to arouse reasonable suspicion that he or she was a member or supporter of a proscribed organisation.”

The court also held that section 13(1) — an article of the Terrorism Act 2000 on items and clothing arousing reasonable suspicion that he or she is a member or supporter of a proscribed organization — “was not incompatible with the right to freedom of expression under article 10 of the European Convention on Human Rights.”

“The Supreme Court unanimously dismisses the appeal,” the court said.

Groups of protestors carrying PKK flags, banners, and posters — bearing the insignia of the illegal group or the likeness of its jailed leader Abdullah Ocalan — have been seen in recent years on the streets of UK cities.

PKK supporters have been observed shouting anti-Turkish slogans and were able to mount propaganda without interference from the police, despite laws that regard some of their actions on these marches as criminal offences.

The UK listed the PKK and various front groups as illegal organizations in March 2001. According to the Home Office, this means all their activities are banned, as is membership of or inviting support for such groups.

The Supreme Court’s judgement is expected to set a precedent to further arrests and convictions regarding such demonstrations under the 2000 Terrorism Act.

In its more than 35-year terror campaign against Turkiye, the PKK — listed as a terrorist organization by Turkiye, the US, and EU — has been responsible for the deaths of more than 40,000 people, including women, children and infants.