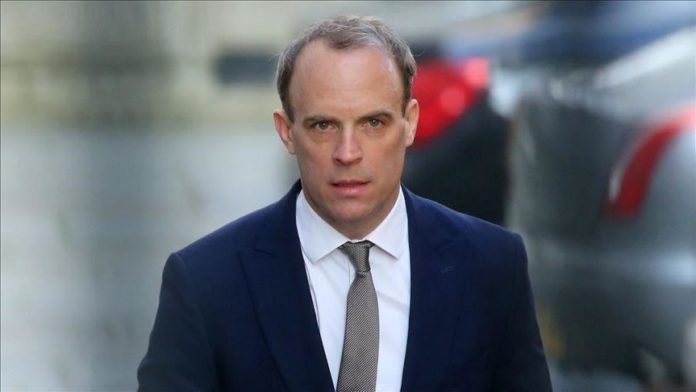 British administration on Saturday “reiterated the UK’s commitment to supporting reconciliation across the Western Balkans,” on the occasion of the 25th anniversary of the Srebrenica Genocide in Bosnia and Herzegovina.

“Today (11 July) marks twenty-five years since the Srebrenica genocide in Bosnia and Herzegovina, the worst atrocity in Europe since the end of the Second World War,” a Foreign and Commonwealth Office (FCO) statement said.

“Today I stand with all who continue to feel unimaginable pain from the genocide 25 years ago at Srebrenica, Bosnia and Herzegovina,” Foreign Secretary Dominic Raab said on Twitter.

“The United Kingdom has worked to support justice for the victims, find the missing & promote reconciliation,” he added.

Underlining that more than 8,000, mostly Muslim men and boys, were murdered and over 20,000 women and children were forcibly expelled from their homes, the UK urged “all parties to reject hate speech and the glorification of the perpetrators of genocide and war crimes.”

The statement also said the “verdicts from international and domestic courts must be respected.”

Raab said: “On the 25th anniversary of the Srebrenica genocide, we remember the victims and the anguish of their families.

“During my time in the Hague between 2003 and 2006, pursuing those responsible for this dark chapter in European history, I was reminded daily of the heinous cruelty perpetrated against the innocent.

“The UK is determined to end impunity and help rebuild those countries affected – as our commitment to the ICC, and UK investment and support for Bosnia demonstrates.”

Russia to deploy 12 military units in country's west in response...