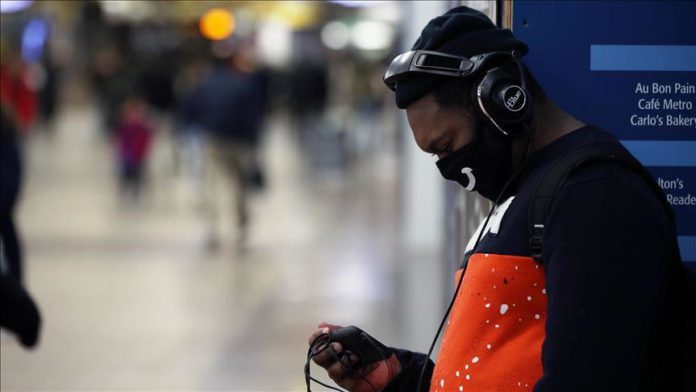 Black people and those from South Asian ethnic backgrounds have higher risks of death from COVID-19 compared to those with White ethnic background, according to new data from the Office for National Statistics released on Friday.

For men in England and Wales, those with a Black African background had the highest COVID-19 death rate, 2.7 times more than White men.

Among women, those with a Black Caribbean ethnic background had the highest death rate, 2.0 times more compared to that of White women.

Only Chinese men and women had lower death rates compared to White people.

In England, people of South Asian descent had a higher prevalence of cardiovascular diseases and diabetes, which are linked with increased mortality from coronavirus.

Pakistani and Bangladeshi groups were previously combined together, but the latest report found that Bangladeshis had a “significantly higher” risk of dying from coronavirus.

The ONS said ethnic differences in coronavirus mortality were most strongly associated with demographic and socio-economic factors, including residence and occupation, and cannot be explained through pre-existing health conditions.

Ben Humberstone, the deputy director of the Health and Life Events Division of the Office for National Statistics, said in the ONS statement: “Today’s report confirms that when adjusting for age, rates of death involving COVID-19 remain greater for most ethnic minority groups, and most notably so for people of Black African, Black Caribbean, Bangladeshi and Pakistani ethnic background.

“Our statistical modelling shows that a large proportion of the difference in the risk of COVID-19 mortality between ethnic groups can be explained by demographic, geographical and socioeconomic factors, such as where you live or the occupation you’re in. It also found that although specific pre-existing conditions place people at greater risk of COVID-19 mortality generally, it does not explain the remaining ethnic background differences in mortality.”