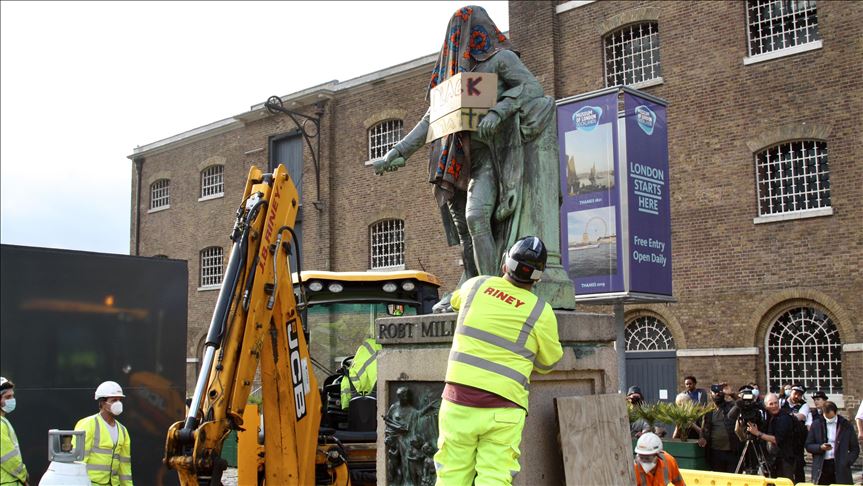 A councilor in east London who last week spearheaded the removal of a statue of Scottish slave trader Robert Milligan says more needs to be done in this area.

Ehtesham Haque, a Bangladeshi-born councilor in the borough of Tower Hamlets, thinks that the name of another slave trader, John Cass, should also be removed from the area, as a secondary school is named after him.

Speaking to Anadolu Agency in an exclusive interview, Haque said he is pleased to see things are moving “peacefully” and protests are not needed to remove hurtful names from Tower Hamlets’ streets.

However, he added, a statue of John Cass, a 17th century slave trader, also needs to go from where it stands in Aldgate, and his name should be stricken from local schools.

Cass, who lived from 1661 to 1718, was an English merchant, Conservative MP, and significant figure in the establishment and development of the British slave trade.

Cass and his colleagues made very substantial sums of money from their bonds in the Royal African Company and especially after the signing of the 1713-1715 Treaties of Utrecht, gave Britain an edge in the running of the Atlantic slave trade, according to a website dedicated to his life story.

Haque, who successfully paved the way for the removal of the Milligan statue with an online petition he posted that drew support from thousands, thinks many people from Black and Minority Ethnic (BAME) background see the slave trader statues as “symbolic, as they glorify slavery.”

Last week, the University of East London removed a statue of Cass from its Stratford campus after a campaign which followed the removal of Milligan’s statue from its east London position and the earlier toppling of Edward Colston’s statue in Bristol.

The university said it is also considering renaming its Cass School of Education and Communities in Cedars Road, Stratford.

Haque said campaigners demand the eradication of Cass’s name from the heart of East End and the removal of his name and statues everywhere.

He said he and other people are campaigning against the statues and places named after slave traders because of what they represent and how they offend many residents, “including myself and many others who face everyday racism.”

If the state is sincere about curbing everyday racism, it should “remove” those symbols, which are offensive to BAME people, he added.

He said that in the wake of African American George Floyd’s killing by a white police officer in Minneapolis, in the US, “there should be more meaningful action rather than just protests.”

The movement against the statues causing hurt to society in the UK is a “reconciliation process that has started long ago and now reached its peak,” Haque said.

He said the public realm needs to reflect the diversity coming from the countless many who came and settled down in London over the last 200 years.

“I think it is time for London to redress itself, to refresh its symbols, statues, monuments, and landmarks,” he explained.

“We should definitely appreciate the recent history from the last couple of hundred years. Irish settlers, the Bangladeshi community… Jewish community, and we also have new populations in London.”

Speaking about the removal of the Robert Milligan statue last week, the councilor said that while walking past the statue in the West India Dock, he saw “slavery being glorified” as the dock ultimately represents “mass wealth through the transatlantic slave trade.”

He said his efforts to get the statue’s removal came with his solidarity against racism, as the “transatlantic slave trade was the first exploitation of human beings for profit.”

On London Mayor Sadiq Khan’s decision to board up some statues in Parliament Square, including one of Sir Winston Churchill because it was vandalized in previous demonstrations, Haque said he has to hold his tongue to some extent as he is a public representative.

He says Khan’s movement was a step to protect statues from fascists and racists who flocked into London last weekend for a counter-protest to Black Lives Matter demostrations, in a bid to protect them.

Addressing Churchill’s colonialist past in India in particular, he added that we “have to condemn his role and his contribution to the [1943] Bengal famine which killed millions of Bengali people and also for many of his remarks.”

Prime Minister Boris Johnson should not take sides in this argument, said Haque.

“We are as British as our white brothers and sisters. We are equal citizens of this country.”

“Johnson should refrain from taking side and making a political statement. And also he himself made many comments he hasn’t apologized for yet,” Hague said, referring to an Islamophobic newspaper column Johnson wrote before becoming prime minister comparing Muslim women wearing burqas to “bank robbers” and “letterboxes.”

Jonson said on Monday in an article published in The Telegraph said there is “much more that we need to do” to tackle racism in the UK, partially responding to Haque’s demands.

Announcing a newly formed Inequality Commission, Johnson said it will look at all “aspects of inequality.”

He wrote that “no-one who cares about this country” could ignore the anti-racist protests that followed the killing of George Floyd in the US.

However, he said, the UK should not attempt to “re-write the past” by removing historical symbols like statues, but instead the UK’s heritage should be left “broadly in peace.”

How the story about the statues in the UK will unfold is still to be seen, but for now the widespread protests seem to have lent new impetus for anti-racism action in Britain. 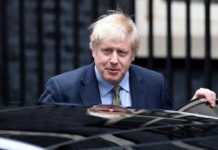 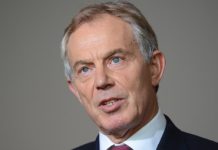 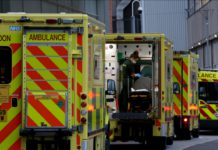