TurkishPress
Home News UK should be seen as model for racial equality: gov't 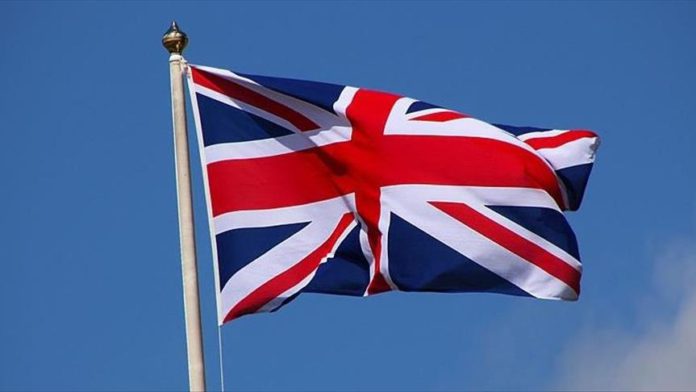 The British government has suggested in a much-anticipated report that the UK should be seen as an international model for racial equality.

The Commission on Race and Ethnic Disparities in its report published Wednesday concluded that while racism still does exist, the UK has achieved significant progress and undertaken major strides that would allow it to be “a model for other white-majority countries.”

The long-awaited publication, however, has triggered an angry response from many rights groups and activists, with many accusing the government of failing to recognize and address institutional racism that exists in the criminal justice system and other areas of the public sector.

“We are also disappointed to learn that the report overlooks disproportionality in the criminal justice system – particularly as police racism served as the catalyst for last summer’s protests,” a statement from BLM UK said, adding that “it fails to explore disproportionality in school exclusion, eurocentrism and censorship in the curriculum, or the ongoing attainment gap in higher education.”

“Black people in England and Wales are nine times more likely to be imprisoned than their white peers, and yet, four years on, the recommendations from the Lammy Review are yet to be implemented,” the statement said.

In one of its conclusions, the report pushes back against the idea of structural/institutional racism, rebuffing the arguments made in the aftermath of the death of George Floyd in the US and the Black Lives Matter (BLM) protests that followed, noting that “the well-meaning idealism of many young people who claim the country is still institutionally racist is not borne out by the evidence.”

Tony Sewell, the chairman of the commission, in an interview on BBC Radio 4’s Today program said the report did not deny the existence of racism in the UK but added at the same time that there is no evidence of institutional racism.

“What we have seen is that the term ‘institutional racism’ is sometimes wrongly applied and it’s been a sort of a catch-all phrase for micro-aggressions or acts of racial abuse. Also, people use it interchangeably – systematic racism, structural racism [are] just being used wrongly.”

The commission recommended that the term BAME (Black, Asian and Minority Ethnic), which is used to denote minority ethnic groups in the UK, should no longer be used by official bodies as it is “of limited value.” It also said there was an improvement on pay and other work-based disparities, arguing that issues surrounding race and racism in this sector were not as significant and not a factor in explaining disparities.

In rebuffing the government’s claim that institutional racism does not exist in the UK, many rights groups point to the disproportionate loss of BAME lives during the coronavirus pandemic in the last year in comparison to the deaths of white people. According to Runnymede Trust, a leading independent race equality think tank, 60% of the first doctors and nurses to die in the pandemic were from BAME communities.

“For Boris Johnson to look the grieving families of those brave dead in the eye and say there is no evidence of institutional racism in the UK is nothing short of a gross offence,” said Halima Begum, the chief executive of the Trust, in a statement.

“The facts about institutional racism do not lie, and we note with some surprise that no matter how much spin the commission puts on its findings, it does in fact concede that we do not live in a post-racist society,” she added.