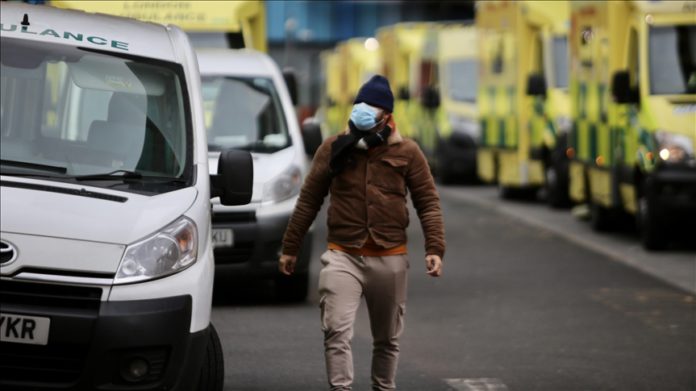 The UK recorded 62,322 new cases of coronavirus across the country over the past 24 hours, a new daily record, according to government figures.

Britain also recorded 1,041 more deaths over the same period, the highest daily toll since April during the first wave.

MPs in the parliament are debating the latest lockdown in England, which was announced two days ago and comes into effect today.

When he announced England’s third lockdown in a live address to the nation, British Prime Minister Boris Johnson initially said it would last until mid-February.

Government ministers then said that by March the government could slowly loosen restrictions.

Today, Johnson told the parliament that the country’s “emergence from the lockdown cocoon will not be a big bang but a gradual unwrapping.”

He said the latest lockdown rules will last until March 31 “not because we expect the full national lockdown to continue until then, but to allow a steady, controlled and evidence-led move down through the tiers on a regional basis.”

He added that this would be done “carefully, brick by brick, as it were, breaking free of our confinement but without risking the hard won gains that our protections have given us.”