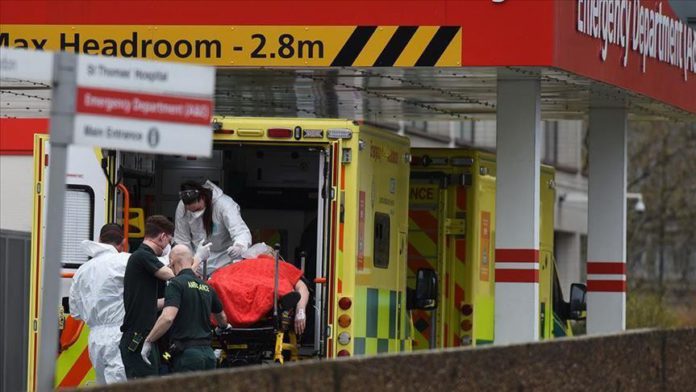 Headlines in British newspapers on Saturday were dominated by a row between the government and trade unions over reopening of schools, as health authorities announced 468 new deaths from coronavirus in the UK over the last 24 hours.

The government has said it aims to begin a phased reopening of schools from June 1, but unions have hit back saying it is still not safe to do so.

Prime Minister Boris Johnson’s spokesman said: “Safety comes first, but we must also be aware of the potential damage to a child’s education from not getting them back in the classroom.”

Speaking at the daily press briefing, Education Secretary Gavin Williamson said it had now been eight weeks since schools closed to students, except those whose parents were key workers.

He said there would be “a limited return to school for some pupils” as early as next month, due to the rates of infection falling.

“I know some parents and teachers are anxious,” he said, adding: “There are some that would like to delay — but there is a consequence to that. Children who have not played with another for the last eight weeks.”

Class sizes will be reduced and children kept in small groups to create a “protective, small bubble around them.” Schools will also be “rigorous” regarding hygiene and hand-washing.

He added that this was in line with what other countries were doing.

The National Education Union said: “We want to begin to re-open schools and colleges as soon as we can. But this needs to be safe for society, for children and their families and the staff who work in them.”

“We cannot risk a second spike or take actions which would increase the spread of this virus, particularly as we see sustained rates of infection across the UK,” Nagpaul said. “Until we have got case numbers much lower, we should not consider reopening schools.”

Anne Longfield, the children’s commissioner for England, said: “I am disappointed that the debate about when some primary school kids can return has descended into a squabble between government and the teaching unions. All sides need to show a greater will to work together in the interests of children.”

“We know there are thousands of vulnerable children who need to be in school. We know that the longer schools are closed the greater the impact will be on social mobility and that many children are really struggling without seeing their friends and the structure that school brings.

“We cannot afford to wait for a vaccine, which may never arrive, before children are back in school. It’s time to stop squabbling and agree a staggered, safe return that is accompanied by rigorous testing of teachers, children and families.”

Scotland and Wales have already ruled out following England’s timetable to reopening schools.

The pandemic has claimed nearly 309,000 lives in 188 countries and regions since originating in China last December.

More than 4.57 million cases have been reported worldwide and over 1.65 million people have recovered to date, according to figures compiled by the US’ Johns Hopkins University.