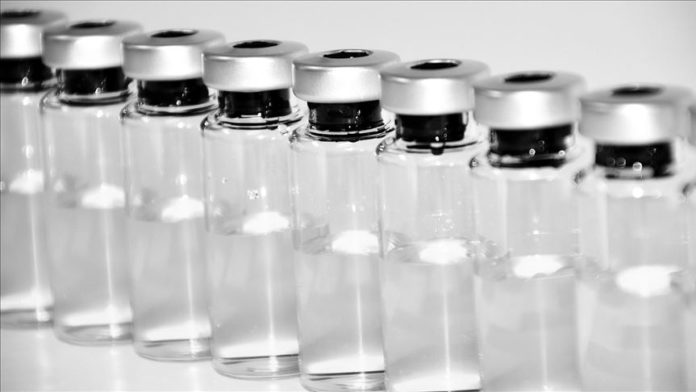 The UK reached a number of agreements to access a further 90 million early doses of two potential vaccines against the novel coronavirus, according to a government statement on Friday.

The vaccines are from US company Novavax, as well as Janssen, a Belgium-based company owned by Johnson & Johnson.

Britain secured 60 million doses from Novavax in exchange for supporting its phase-3 clinical trials in the country.

Thirty million more doses from Janssen were agreed upon in exchange for co-funding a global clinical study of its vaccine.

Paul Stoffels, vice chairman of the executive committee and chief scientific officer at Johnson & Johnson, said: “Ending the current COVID-19 pandemic will take a global effort, and this agreement is an important example of how we can begin to address this significant challenge through collaborative research.”

Meanwhile, Novavax’s president and CEO Stanley Erck, said the phase-3 trial in the UK would be “a critical component to assess the efficacy of our COVID-19 vaccine, which in a Phase 1 trial has already demonstrated that it is generally well-tolerated and elicits robust antibody responses greater than those seen in patients who have recovered from COVID-19 disease.”

These are the latest in a string of vaccine deals Britain has struck. The UK now has access to six different potential vaccines and around 340 million doses overall.

The government has already secured 90 million doses from deals with BioNtech, Pfizer and Valneva.

A further 100 million doses could come from Oxford University’s vaccine that will be produced with AstraZeneca.

These are both in addition to deals for 60 million doses from GlaxoSmithKline and Sanafi Pasteur.

Kate Bingham, chair of the government’s Vaccines Taskforce, told television network ITV: “The issue is we don’t know which, if any, of these vaccines may work, because there have been no vaccines against any human coronavirus,

“What we’re doing is we’ve chosen six of the most promising vaccines across four different vaccine types and we’re hoping that one of those will work.”

Admitting that it was unlikely for all the acquired vaccines to work, she added: “We want to be sure that if anyone is shown to be effective and safe that we have rights to it.”

“The government’s strategy to build a portfolio of promising vaccine candidates will ensure we have the best chance possible of finding one that works,” said Business Secretary Alok Sharma.

The government added that if the two vaccines were proven safe and successful in clinical trials, they could be developed in the middle of next year.

They would first be given to priority groups, such as front-line health workers, the elderly, those with serious diseases and ethnic minorities.