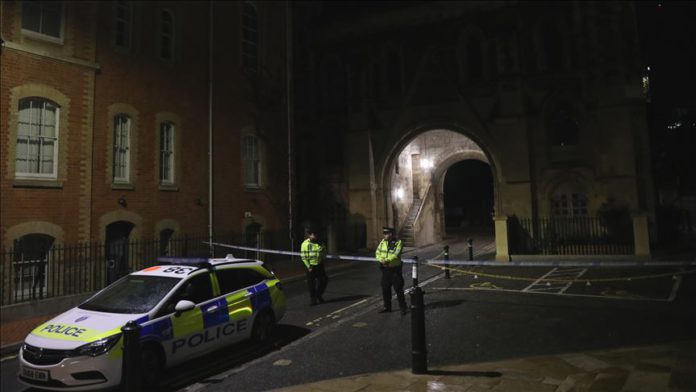 The second victim in Saturday’s “terror attack” in a Reading park have been identified as a 39-year-old American, Joe Ritchie-Bennett, on Monday.

“The family is heartbroken they have lost their brilliant and loving son. This was senseless,” victim’s brother told a US newspaper.

Joe Ritchie-Bennett was originally from Philadelphia and had lived in the UK for the past 15 years, working for a Dutch pharmaceutical company.

The first victim was identified during the weekend as a 39-year-old teacher, James Furlong. He was described as a “kind and gentle” man.

A Libyan refugee, Khairi Saadallah, 25, has been named by the British police as the main suspect in Saturday’s random knife attack on people in the Forbury Gardens Park, in Reading town centre.

He was arrested shortly after the incident.

British police said 3 people were killed and 3 others were seriously wounded during the incident, which they treat as a “terrorist” attack.

An investigation has been launched into the incident and the suspect’s background and motives.

Local media reported he was on the radar of British intelligence services last year.

British police on Sunday declared the incident a terrorist incident.

“Counter Terrorism Policing can now confirm that the stabbing incident that happened in Reading last night (20/6), has now been declared a terrorist incident,” Thames Valley Police said in a statement.

“I’m appalled and sickened that people should lose their lives in this way. Our thoughts are with the families and friends of the victims,” British Prime Minister Boris Johnson wrote on Twitter.

“I offer my deepest condolences to the families of those killed in the attack on June 20. To our great sorrow, this includes an American citizen. Our thoughts are with all those affected. We condemn the attack absolutely and have offered our assistance to British law enforcement,” US Ambassador to the UK Woody Johnson said on Twitter.

One minute’s silence will be held later today for the three victims.