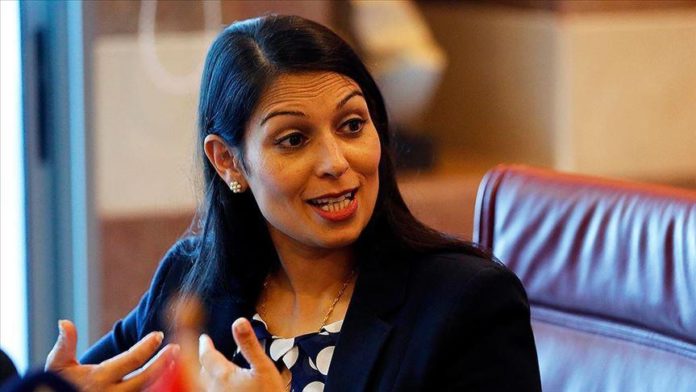 In a video that appeared on local media, Priti Patel described the scenes at the US Congress “completely unacceptable.”

“His [President Trump’s] comments directly led to the violence, and so far he has failed to condemn that violence and that is completely wrong,” Patel said.

“He basically has made a number of comments yesterday that helped to fuel that violence and he didn’t actually do anything to de-escalate that whatsoever […] what we’ve seen is completely unacceptable.”

Patel said that America “needs to move on” and have the transition of power from Trump to president-elect Joe Biden.

In a Twitter message, Johnson described the events “disgraceful” and said the US “stands for democracy around the world and it is now vital that there should be a peaceful and orderly transfer of power.”

“The US rightly takes great pride in its democracy, and there can be no justification for these violent attempts to frustrate the lawful and proper transition of power,” Raab tweeted last night.

“After the shocking events yesterday, it was good to see the resumption of US Congress and the certification of President Elect Biden’s victory,” he wrote on Thursday.

Condemning yesterday’s violence unequivocally, Raab added that the developments on Thursday “sends an important message that the democratic will of the US people cannot be challenged or overturned by the actions of a violent minority.”

At least four people died after the protesters breached the building, including one woman shot by Capitol Police.

Democratic and Republican lawmakers have unanimously condemned the assault on the Capitol by the people and called the riots a “coup, despicable act of terrorism and national embarrassment” in separate tweets and statements.

Trump and his political allies have for months alleged that the election he lost to Biden by 7 million votes was rigged, stoking his supporters with conspiracy theories that have been repeatedly rejected in court and by the US Justice Department. ​​​​​​​