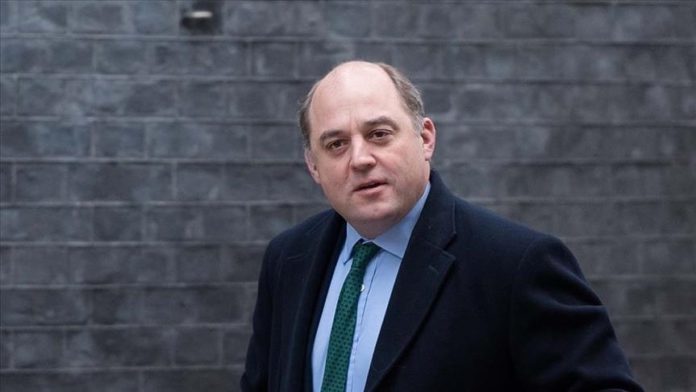 NATO will “certainly be listening” to Turkiye’s concerns over Sweden and Finland’s membership bids, the British defense secretary said on Thursday.

Finland and Sweden formally applied to join NATO on Wednesday, a decision spurred by Russia’s war on Ukraine that began in February. But Turkiye, a longstanding member of the alliance, has voiced objections to the membership bids, criticizing the countries for tolerating and even supporting terror groups.

“Turkey is an incredibly important member of NATO and indeed, a strong contributor,” said Ben Wallace in his address to the House of Commons.

“And we should always remember that NATO covers a very wide frontier from the high north, the Arctic in Norway, all the way through to the Black Sea, and to Turkey. And Turkey is very important, one of the oldest members of NATO,” he said, adding “that we understand in this environment, what Turkey is concerned about and addressed them in order to make sure that the 30 nations come together to support and accept Finland and Sweden.”

Wallace said he will be speaking to his Turkish counterpart Hulusi Akar, and that he heard Turkish President Recep Tayyip Erdogan’s speeches on being “worried about PKK terrorism groups and whether members are doing enough to deal with it.”

“I think there is a way through. I think we will get there in the end, and it is very important that we listen to all members and their concerns in that process and we will certainly be listening to Turkey.”

Over the last five years, both Helsinki and Stockholm have failed to agree to Ankara’s requests for the extradition of dozens of terrorists, including members of the PKK and FETO, the group behind the 2016 defeated coup in Turkiye.

Senior representatives of Finland and Sweden are set to visit Ankara to discuss their accession process, which needs the unanimous approval of all 30 members.

In its more than 35-year terror campaign against Turkiye, the PKK – listed as a terrorist organization by Turkiye, the US, and EU – has been responsible for the deaths of over 40,000 people, including women, children, and infants. The YPG is PKK’s Syrian offshoot.