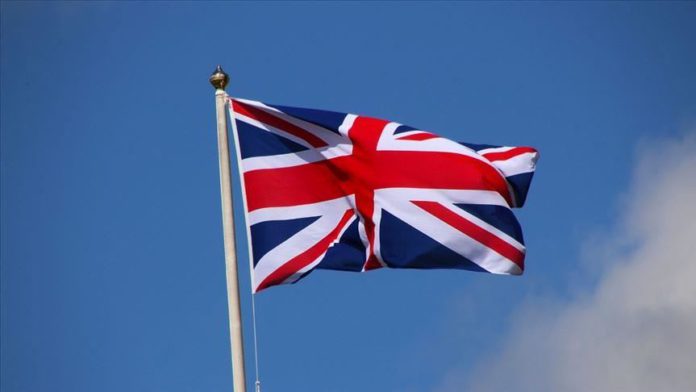 The UK’s long-awaited report into Russian interference in British politics has provoked sharply contrasting reactions on its political scene, with one major point of contention being the 2016 Brexit referendum.

One of the report’s findings that caused the most debate was the government’s lack of interest in examining possible Russian interference in the Brexit vote, especially since there was evidence of similar attempts during the Scottish independence referendum two years earlier.

Foreign Secretary Dominic Raab, in a tweet with a link to the government’s 20-page response to the report, said: “We’ve been clear that Russia must desist from its attacks on the UK & our allies. We will be resolute in defending our country, our democracy & our values from such Hostile State Activity.”

On the Brexit controversy, the government said: “We have seen no evidence of successful interference in the EU referendum.

“The intelligence and security agencies produce and contribute to regular assessments of the threat posed by hostile state activity, including around potential interference in UK democratic processes.

“Given this long-standing approach, a retrospective assessment of the EU referendum is not necessary.”

Shadow Labour Foreign Secretary Lisa Nandy said: “It is extraordinary that the prime minister, Boris Johnson, took the political decision last October ahead of the general election to block the publication of this important report that systematically goes through the threat Russia poses to the UK’s national security.

“The report is very clear that the government has under-estimated the response required to Russia and it is imperative we learn the lessons from the mistakes that have been made.”

On Brexit, both sides sought vindication.

Nigel Farage, the most prominent advocate of Britain’s departure from the EU, tweeted: “Years of lies and smears from Remain politicians and much of our media. There is no evidence of Russian involvement with Leave.EU or me in the referendum. It was all a hoax — apologies are now required.”

Ed Davey, acting leader of the staunchly anti-Brexit Liberal Democrats party, said in a statement: “Boris Johnson refusing to launch an inquiry into Russian election interference is a green light for them to do it in the future.

“The government have been told by a cross-party group of MPs that we must establish what role Russian interference played in the Brexit referendum in order to protect our democratic process, but still refuse to pursue it.”

He called for a “wide-ranging and properly funded investigation” into the matter.

“You cannot hope to deal with interference if you do not even check if it is happening. Rather than sticking his head in the sand, Boris Johnson must ask the intelligence community to launch a wide-ranging and properly funded investigation so that we can understand just what influence Russian interference had on our democracy,” read the statement.

Guy Verhofstadt, the MEP and chairman of the EU’s Brexit Steering Group, tweeted: “Brexit was always a gift to Putin because it weakened the European Union & left Britain divided, isolated. The #RussiaReport shows just how many questions remain unanswered.”

“I do think the main message would be negligence on the part of the UK government in the face of Russian interference,” said the leader of the Scottish National Party, which seeks Scottish independence and is pushing for a second referendum.

“I would say first that we should not be at any point complacent at the possibility of Russian interference in our democratic processes.”

Russia accused the UK of taking a “leading role in Russophobia.”

Konstantin Kosachev, the head of the foreign affairs committee of Russia’s Federation Council, said: “The charges are once again unfounded, unsubstantiated and unconvincing.”

He said the idea that Russia was trying to influence British politics was “dangerous” and amounted to “conspiracy theories.”

Kasachev did, however, add that the report “lifted the suspicion on Russia for Brexit.”

Maria Zakharova, spokesperson for the Russian Foreign Ministry, played down the report’s significance, saying: “It was no sensation.”

She also slammed the report as “Russophobia.”

Boris Johnson’s spokesman said the British prime minister was confident that the result of the Brexit referendum was “fair” and that there were “robust” systems in place to protect the 2019 UK general election.