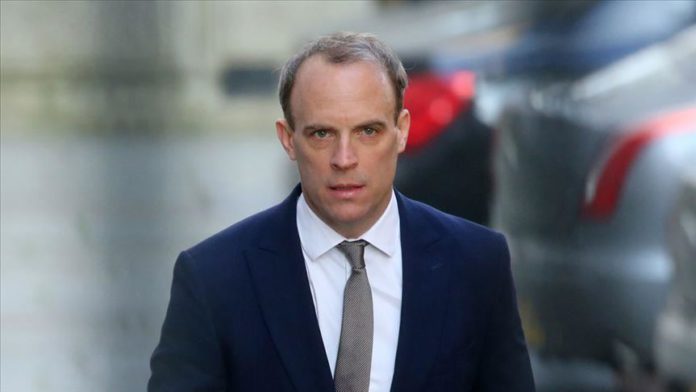 Britain announced on Thursday that Russia interfered with the 2019 general election in the UK by illegally obtaining sensitive documents about UK-US free trade talks and leaking them on social media.

In a written statement, Foreign Secretary Dominic Raab told parliament: “On the basis of extensive analysis, the government has concluded that it is almost certain that Russian actors sought to interfere in the 2019 general election through the online amplification of illicitly acquired and leaked government documents.

“Sensitive government documents relating to the UK-US Free Trade Agreement were illicitly acquired before the 2019 general election and disseminated online via the social media platform Reddit.

“When these gained no traction, further attempts were made to promote the illicitly acquired material online in the run up to the general election.

“Whilst there is no evidence of a broad spectrum Russian campaign against the general election, any attempt to interfere in our democratic processes is completely unacceptable.

“It is, and will always be, an absolute priority to protect our democracy and elections.”

Labour said it condemned “any attempt by Russia, or any foreign power, to interfere in our country’s democratic processes.”

Raab’s comment pre-empt the publication of a long-delayed report into Russian interference in UK politics. He added that a criminal investigation was ongoing.

After a widely criticized nine-month delay, the report will be published next week.

A Russian Foreign Ministry spokesperson said: “The British leadership is again stepping on the same anti-Russian rake and thus not only further undermines bilateral relations with Moscow, but also its own authority.”

December 24, 2019
We use cookies to ensure that we give you the best experience on our website. If you continue to use this site we will assume that you are happy with it.Ok