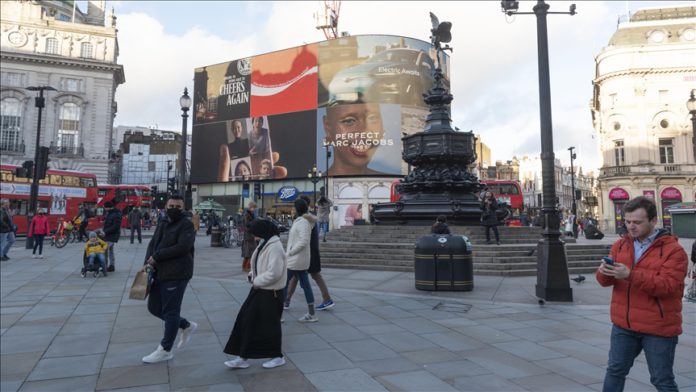 Britain on Monday rolled out Oxford/AstraZeneca vaccine as an 82-year-old man with underlying health conditions became the first person to receive the jab.

Brian Pinker, a dialysis patient, was given the first shot of the vaccine in Churchill Hospital in Headington, Oxford after its approval in recent weeks.

The use of the Oxford vaccine came as a big surge hit the UK and more than 350,000 people have tested positive within a week.

“I am so pleased to be getting the COVID vaccine today and really proud that it is one that was invented in Oxford,” Pinker said.

“The nurses, doctors, and staff today have all been brilliant and I can now really look forward to celebrating my 48th wedding anniversary with my wife Shirley later this year.”

The Oxford vaccine has become the second coronavirus vaccine used in the UK after the Pfizer/BioNTech vaccine.

Britain has ordered 100 million doses of the homemade vaccine.

Despite the recent vaccine roll out, the positive cases are now in a trend to spiraling out of control as the UK has registered 366,435 infections, with more than 50,000 daily rises for consecutive five days.

Many hospitals in the UK are now caring for more COVID-19 patients compared to the first wave, according to local news.

Some hospitals in London have seen long ambulance queues outside their emergency units as vacant spaces in hospitals have reached limits and patients now have to wait up to eight hours to find a bed. Other hospitals across the country are reportedly also overwhelmed with the sharp rise of patients.

Over 5,000 servicemen from the armed forces have been deployed in support of the COVID response “in the biggest homeland operation in peacetime,” according to a government statement.

However, with more than 50,000 new daily cases of COVID-19 registered for the last five days, including a staggering 57,700 infections on Saturday — the biggest ever single day rise — the NHS said it was preparing for an “anticipated rush of patients” and needed more beds.

“We must suppress this virus to protect our NHS [National Health Service] & save lives until the vaccine can keep us safe,” Health Secretary Matt Hancock recently tweeted.

The UK has the worst death toll in Europe with more than 75,000 fatalities, according to the latest government data.