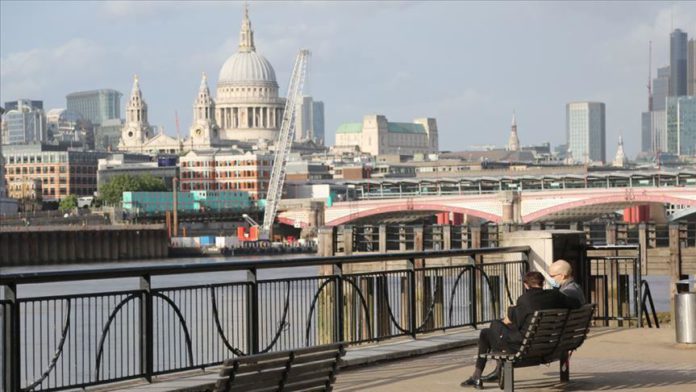 With British authorities announcing on Saturday that the UK-wide death toll from coronavirus was 36,675, up 282 over the past 24 hours, efforts to get the economy safely going again are taking a greater share of the spotlight.

The Times of London reported that Chancellor of the Exchequer Rishi Sunak will ask UK businesses from the beginning of August to pay 20-30% of workers’ wages under a government furlough scheme.

The scheme, recently extended to October, sees the government pay 80% of workers’ wages if companies keep them on the books rather than firing them. The program is currently supporting around 7.5 million jobs.

The Times quoted a Treasury source as saying: “We’ve got two full months of support left and afterwards the government will help to pay people’s wages, but it’s fair to everyone that businesses contribute as they get back to work.”

Sunak recently said the UK “is likely to face a severe recession, the likes of which we haven’t seen.”

The GMB union surveyed 3,500 workers and found that four in five had concerns about going back to work, with around two in three saying they were worried about being pressured into going back.

John Phillips, the GMB’s acting general secretary, said: “We need a safe and managed return to normal working, but that isn’t happening yet.

“Those facing going back to work need reassurance their welfare and those of their families is being put first, but too many are living in fear of the danger they and their loved ones are now facing.

“The government’s unclear advice and failure to enforce workplace standards means risky behavior by some employers could see all of us punished with a resurgence of the virus that could destabilize our country’s recovery.

“It’s on ministers to get this right. They need to be led by the evidence and provide clear plans for the safe return to work.”

The pandemic has killed more than 339,000 worldwide, with an excess of 5.25 million confirmed cases, while recoveries have surpassed 2 million, according to figures compiled by the US’ Johns Hopkins University.