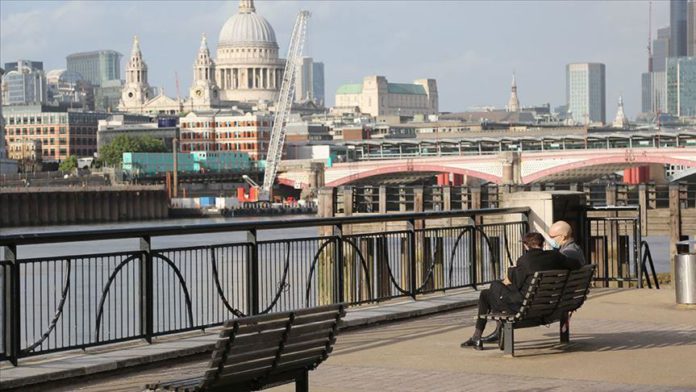 British researchers warned the government on Tuesday that reopening schools in September without first implementing an effective test, trace, and isolating system (TTI) could result in a second wave of COVID-19 more than twice as worse as the first, while the government warned drugs companies to stockpile on medicine to protect against the risks of a no-deal Brexit.

The British researchers, drawn from University College London and the London School of Hygiene and Tropical Medicine (LSHTM), researched the impact of reopening schools and its consequences, such as parents returning to work and increased socializing in society.

They said that an optimistic scenario would be 68% of contacts of infected people being traced, and a pessimistic scenario being just 40% traced. Currently, they believe the system has 50% coverage.

In the best-case scenario with an effective TTI, “an epidemic rebound might be prevented,” but in a worst-case scenario, the second wave could be 2.3 times higher than the first.

Chris Bonell, a public health sociologist at the LSHTM and one of the authors of the study, was quoted by Sky News as saying: “Our findings suggest that it might be possible [to avoid] a secondary epidemic wave in the UK, if enough people with symptomatic infection can be diagnosed and their contacts traced and effectively isolated.”

“Reopening schools fully in September, alongside reopening workplaces in society, without an effective test, trace, isolating strategy could result in a second wave of infections between two and 2.3 times the size of the original wave.

“This is a scenario with model, not a prediction of what is going to happen. It all depends on the other measures and the level of TTI coverage.

“Currently, TTI is not achieving the levels that we modeled. Looking at the NHS reports from the TTI system, it looks like it’s about 50% coverage.”

The report’s authors added that without an effective TTI system, reopening schools combined with an easing of lockdown restrictions was “likely to induce a second wave that would peak in December if schools open full-time in September.”

Meanwhile, the government also said on Tuesday that pharmaceutical companies should stockpile six weeks’ worth of drugs in the event of disruption at the end of the Brexit transition period in December.

The Department of Health and Social Care said in a letter to medical suppliers that the pandemic has led to a drop in certain medical stocks, and that a no-deal Brexit could cause disruption, such as issues on the Channel crossing between Calais and Dover.

“We recognise that global supply chains are under significant pressure, exacerbated by recent events with Covid-19,” the government letter said.

“However, we encourage companies to make stockpiling a key part of contingency plans, and ask industry, where possible, to stockpile to a target level of six weeks’ total stock on UK soil.”

Dr. David Wrigley, the deputy council chairman of the British Medical Association (BMA), which represents doctors, was quoted by the Guardian as saying: “With the transition period only months away and at the height of what will be an undoubtedly difficult winter, this is incredibly concerning.

“The BMA has consistently warned that a no-deal Brexit could have a potentially devastating impact on the NHS and consequently the health of the nation. Now, more than ever, it is absolutely crucial that the government secure a relationship that protects the future health of this country.”

Iran owes $1.4B over missing ex-FBI agent: US court