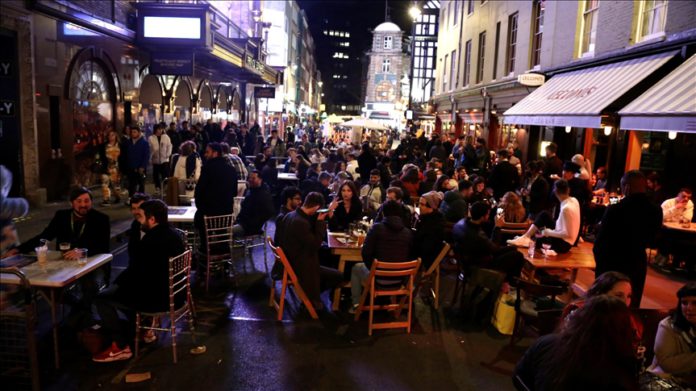 Coronavirus cases in the UK on Wednesday crossed 30,000 for first time since January when the country was under a third national lockdown.

As many as 32,548 people tested positive and 33 died as the Delta variant, which was first identified in India, has likely caused cases to spike. It has become the dominant strain in the UK.

The development comes as the government is set to end most of the virus restrictions in England on July 19.

Changes include the allowance of fully vaccinated adults to travel to amber-list countries without having to self-isolate when they return, and making the mandatory wearing of masks voluntary, except in hospitals and other healthcare settings.

There will also be no requirements for fully vaccinated adults to self-isolate if they have come into contact with an infected individual, and customers at restaurants and pubs will no longer be required to check in on an NHS app.

Prime Minister Boris Johnson also announced that all businesses can reopen in two weeks, and workers will not be told to work from home.

The government’s move has attracted criticism and bewilderment from the scientific community, which argues that such moves will allow for more deadlier variants to take hold and spread.

Between July 1 and 7, the UK reported 161 deaths, a 42.5% increase when compared to the previous seven days.

The number of vaccinations, meanwhile, continues to increase as young adults are eligible to get the jab. Over 45 million people have received their first doses, while over 34 million are fully vaccinated.

The R range for the UK is between 1.1 and 1.3, with the current growth rate at +2% to +5% per day. The R number is a mechanism used to rate the virus’s ability to spread, with R being the number of people that one infected person will pass the virus on to.