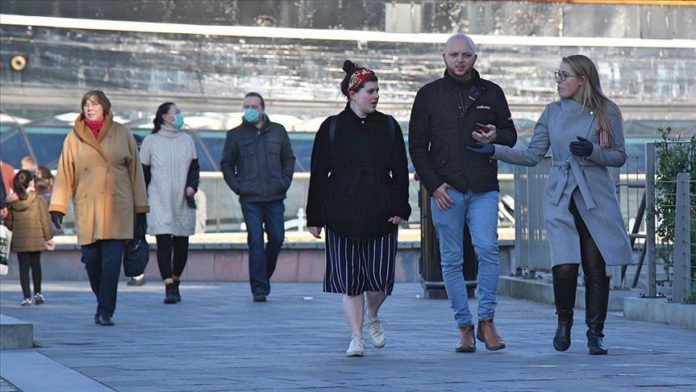 Britain on Monday reported 55 new coronavirus-related deaths, the lowest since the lockdown that started on March 23. The death toll rose to 40,597.

The official figures released by the Department of Health and Social Care show a total of 287,399 people have tested positive so far.

The country has now reported less than 100 deaths for a second day; however, the official reported numbers have been smaller during the outbreak due to lower reporting at weekends.

No new deaths have been reported at London hospitals on Monday, according to the National Health Service England.

The UK began imposing a mandatory 14-day quarantine on all overseas arrivals.

The rule requires all those arriving in the UK, including British citizens, to declare an address where they will self-isolate for two weeks, with those who fail to do so facing a fine.

Home Secretary Priti Patel said the measure was designed to prevent a second wave of the outbreak.

People arriving in England and Northern Ireland will face a fine of £1,000 ($1,268) if they fail to self-isolate over this duration. The fine will be £480 in Scotland but could soar up to £5,000 in case of repeated breaches of isolation.

People arriving from the Republic of Ireland will be exempt from the quarantine.

Workers in land freight transportation and those who visit the country for health reasons also will not have to self-isolate.

The death toll in the UK officially passed the 40,000 mark over the weekend as the country has the highest death toll in Europe, with some estimates placing the figure as high as 60,000.

The official figures show a trend of decline in new infections as the country takes steps towards normalization.

After originating in China last December, COVID-19, the disease caused by coronavirus, has spread to 188 countries and regions across the world.

The pandemic has now killed more than 403,000 people worldwide, with total infections reaching over 7 million, while over 3.15 million have recovered from the disease, according to figures compiled by the US-based Johns Hopkins University.