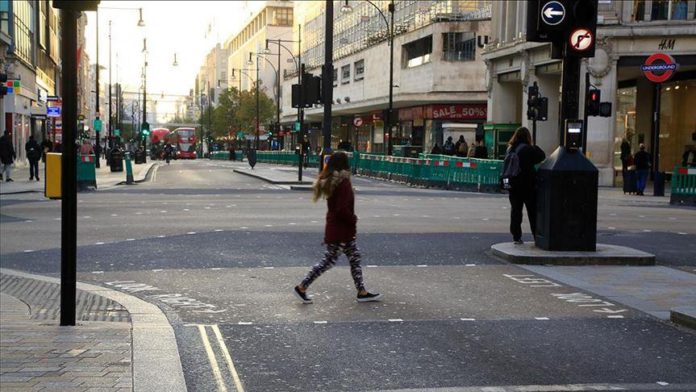 UK health authorities on Friday reported 521 more deaths from the novel coronavirus, with a slight increase since yesterday when the fatalities were at 498.

The UK currently holds the worst death toll in Europe as more than 57,000 people have perished since the start of the pandemic.

British government yesterday revealed regions that will be in different tier zones in a 3-tier system, replacing the second national lockdown in England next week.

The most of the country and more than 90% of its population will be in top two tiers, Tier-2 and Tier-3, where the measures will continue to be strict.

A review will see whether some regions can be moved into lighter tiers in mid-December but government’s scientific advisers think the situation would not change much until then.

More than 50 Conservative MPs reportedly consider voting against the government’s new tier plan next week, demanding to see the evidence on the decision.

The Tier-3 rules will force the closure of pubs and restaurants, and prohibit indoor social mixing between households.

Two of the biggest cities in England, Manchester and Liverpool, are to be placed under the strictest Tier-3 and Tier-2 respectively, according to government plans.

British government on Friday requested a safety assessment from the local regulator of the Oxford/AstraZeneca vaccine, which the producers said would provide up to 90% protection from the vaccine in one and a half dose.

The regulatory body will look through all the phase trials of the vaccine, alongside side effects and complications.

“What will be judged is that the benefits far outweigh any risks to any recipient of the vaccine and even if those risks are theoretical, that has to be taken into account,” Gordon Duff, former chairman of the MHRA, told ITV News.

The government has reserved 100 million doses of the Oxford/AstraZeneca vaccine, which is enough to cover all UK citizens, including those in British overseas territories, Prime Minister Boris Johnson told the lawmakers earlier in the week.