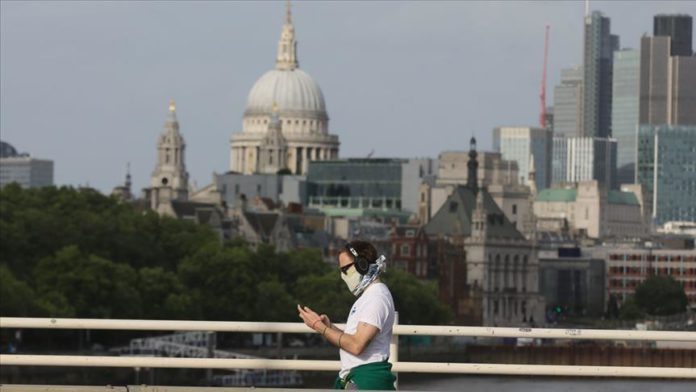 British health authorities announced Saturday that a further 204 people have died from COVID-19 across the UK, as local media reported the government is considering relaxing Sunday trading rules to help the economy through the crisis caused by coronavirus.

The Department of Health tweeted a total of 284,868 people have tested positive for the virus so far.

Meanwhile, the nationwide death toll has climbed to 40,465, it added.

The Times reported that the government was considering suspending Sunday trading laws for a year to boost the economy. The proposed move was supported by business leaders but opposed by trade unions.

Adam Marshall, the director-general of the British Chambers of Commerce, said: “If there are rules that can be relaxed to give more companies a fighting chance to trade their way through this crisis without compromising safety, ministers should do everything in their power to make it happen.”

Paddy Lillis, general secretary of the Union of Shop, Distributive and Allied Workers, said: “The last thing the retail industry needs is longer trading hours, there is no economic case for this and it will put extra pressure on the retail workers who have worked so hard throughout this crisis.”

“Opening for longer will increase overheads but not necessarily take any more cash through the tills. The fact is that customers will not have more to spend just because the shops are open for longer,” he said.

“Our members in retail are working long hours, in difficult circumstances and under a great deal of pressure, they need a break. It isn’t too much to ask for a shorter day on Sundays.”

The pandemic has claimed more than 395,800 lives in 188 countries and regions.

Over 6.77 million cases have been reported worldwide, while nearly 2.77 million people have recovered so far, according to figures compiled by the US’ Johns Hopkins University.