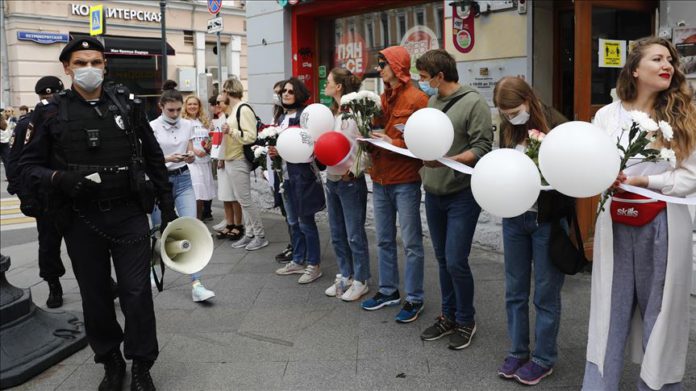 The UK announced on Monday that it rejected the results of the recent Belarusian presidential elections, condemning acts of violence by the country’s authorities against peaceful protests.

British Foreign Secretary Dominic Raab said in a statement: “The world has watched with horror at the violence used by the Belarusian authorities to suppress the peaceful protests that followed this fraudulent presidential election. The UK does not accept the results.

“We urgently need an independent investigation through the OSCE into the flaws that rendered the election unfair, as well as the grisly repression that followed.”

Raab underlined that the UK would work with international partners to sanction those responsible for the election and violence and “hold the Belarusian authorities to account.”

In official election results released last Friday, Belarusian President Alexander Lukashenko won with 80.1% of the vote, while opposition leader Svetlana Tikhanovskaya came in second with only 10.12%.

Since then, tens of thousands of Belarusians have demonstrated against Lukashenko, shouting slogans and carrying the red and white flags Belarus used before 1995.