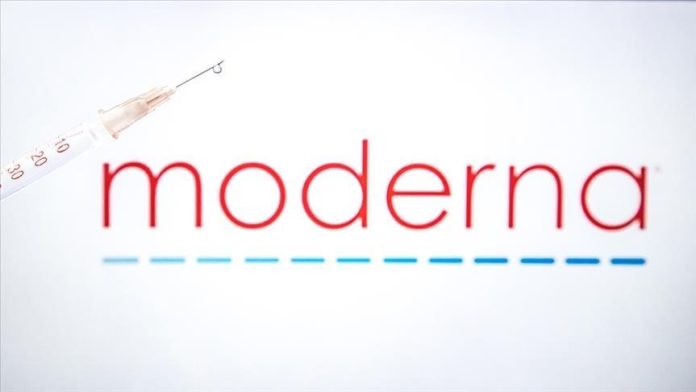 Britain’s medicine regulators approved the use of Moderna coronavirus vaccine in the UK on Friday.

The vaccine, a product of the US-based Moderna, is the third jab approved in the UK after it received the green light from the Medicines and Healthcare Products Regulatory Agency.

The vaccine provides 94% protection from COVID-19, according to trial runs.

British Prime Minister Boris Johnson revealed that around 1.5 million people have been vaccinated so far in the UK.

The government has a target to deliver first doses to 15 million people, who are in the priority groups until mid-February.

The UK is the first country to approve the Pfizer/BioNTech vaccine.

The country also rolled out homemade Oxford/AstraZeneca vaccine and the vaccination program will be extended to local surgeries soon, according to the government.

The Moderna vaccine needs temperatures of around -20C for transportation and storage, an easier vaccine for logistics operations than the Pfizer/BioNTech jab, which requires -75C.

The UK has ordered 7 million doses of the Moderna vaccine, and a further 10 million doses, but the delivery is expected to start around March.

“The @moderna_tx vaccine has been approved for use in the UK by the @MHRAgovuk, which concluded the vaccine has met its strict safety, quality and effectiveness standards,” Prime Minister Boris Johnson wrote on Twitter.

“We have ordered a total of 17 million doses with the first available from spring,” he said.

The increase in positive cases across the UK reached a staggering 400,000 within the last week, according to official data.

The rapid spike came after British health officials reported a new variant of the virus in December.

Across the UK, the number of people who died within 28 days of their first positive COVID-19 test is now more than 78,500, the latest figures show.