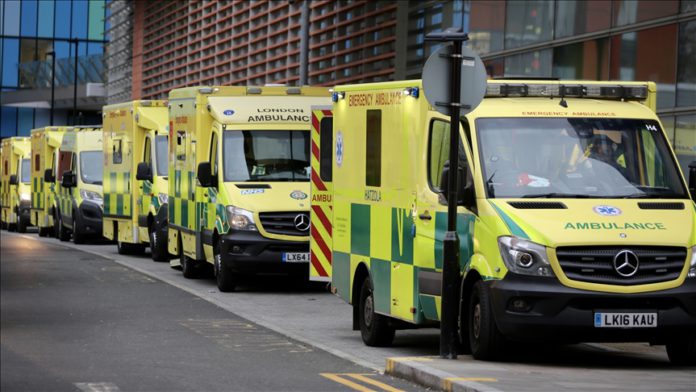 Britain on Tuesday reported 53,135 new COVID-19 cases over the past 24 hours, recording the highest single-day rise in infections since the start of the pandemic.

The number of those who tested positive within the past seven days has now reached 272,551 with a 22.7% rise, according to official data.

Positive cases reported has been rising since last week, especially after the reports of at least two new variants as the first new variant is said to be spreading 70% faster than the original virus.

Tuesday’s figure is more than 11,000 confirmed virus cases compared to yesterday’s figure of 41,385.

The overall death toll has reached 71,567 with the additional 414 fatalities reported Tuesday, keeping the country at the top of the chart with highest death tolls in Europe.

The number of those who died within the past week is 3,064, the official data revealed.

The UK is “continuing to see unprecedented levels of COVID-19 infection”, said Dr. Susan Hopkins, a senior medical adviser at the Public Health England, adding that this was “of extreme concern particularly as our hospitals are at their most vulnerable”.

“Whilst the number of cases reported today include some from over the festive period, these figures are largely a reflection of a real increase,” Hopkins noted.

“It is essential, now more than ever, that we continue to work together to stop the spread of the virus, bring the rate of infection down, and protect the most vulnerable and the NHS,” she added.

“A critical part of this is each and every one of us abiding by the restrictions in place however hard it may seem at this time of the year.”

The government is set to make a decision on school closures as the cases are rapidly rising.

Prime Minister Boris Johnson will chair a meeting on Wednesday evening to discuss restrictions in England, where many areas have been under the strictest Tier 4 restrictions.

The UK has the worst death toll across Europe.