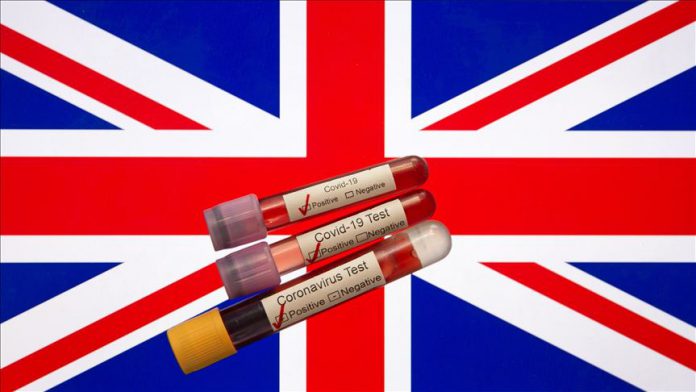 British health authorities announced on Monday that the UK-wide death toll from coronavirus rose 360 in the last 24 hours, continuing a pattern of decline.

Hancock also announced that families of National Health Service staff who have died from coronavirus will receive £60,000 ($74,441).

Britain at 11.00 a.m (1100GMT) Tuesday will hold a minute’s silence for key workers including NHS staff who have died from coronavirus.

Prime Minister Boris Johnson will be among those taking part, as will government employees.

“We will be supporting the minute’s silence. We will be asking everybody who works in the government to take part and we would hope that others will take part nationwide as well,” the prime minister’s spokesman said.

Over 90 frontline staffers have died during the outbreak since March 25, according to Britain’s Press Association.

“This moment will bring together a somber but grateful nation. Whether in nursing or driving buses, our heroes kept going to work when many had the luxury of staying at home. Nobody should go out to work and risk their life,” said Dame Donna Kinnair, general secretary of the Royal College of Nursing.

Following up on the delivery from Turkey of personal protective equipment (PPE) to the UK, Foreign Office Minister James Cleverly said that the British-Turkish alliance was as “strong as ever.”

“Today I thanked Turkish Deputy Foreign Minister [Sedat] Onal for helping us to get vital PPE to the NHS frontline. We also had productive and frank discussions on Libya & Syria,” he tweeted.

Earlier in the day, Chancellor Rishi Sunak announced a new loan scheme: “Businesses can apply for new Bounce Back Loans up to a maximum of £50,000, or 25% of turnover, with the government paying the interest for the first 12 months.”

The loans will be available from 9am next Monday, and the government will guarantee 100% of the loans.

The government also doubled down on its Brexit position, with government minister Michael Gove telling parliament’s Brexit committee: “I think the Covid crisis, in some respects, should concentrate the minds of EU negotiators, reinforcing the vital importance of coming to a conclusion.”

There has been speculation that the coronavirus pandemic might delay Brexit, again, but the government has insisted it will not ask for an extension and still aims to strike a trade deal with the bloc by the end of the year.

Johnson’s spokesman said: “We are ready to keep talking but that does not make us any more likely to agree the EU’s proposals in areas where they are not taking into account the UK’s status as an independent state. All we are seeking is an agreement based on precedent which respects the sovereignty of both sides.

“Clearly there will need to be political movement on the EU side to move negotiations forward, particularly on fisheries and level playing field issues, in order to help find a balanced solution which reflects the political realities on both sides.”

After originating in Wuhan, China last December, COVID-19, the disease caused by the coronavirus, has spread to at least 185 countries and regions across the world, with Europe and the US currently the worst hit.

The pandemic has killed over 208,100 people with total infections over 3 million, while nearly 879,000 have recovered from the disease, according to figures compiled by US-based Johns Hopkins University.