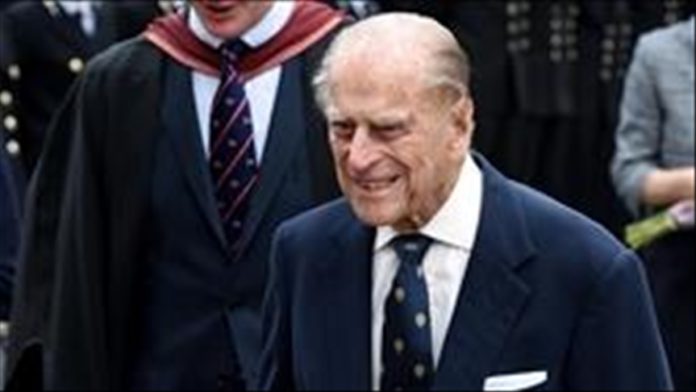 The UK’s Prince Philip has been discharged from hospital after his longest-ever stay that lasted four weeks, local media reported on Tuesday.

Prince Philip, 99, is the husband of Queen Elizabeth and also the Duke of Edinburgh. He retired from public life in 2017.

He left the King Edward VII hospital in central London this morning and is expected to be reunited with the Queen at Windsor Castle.

Philip was initially admitted to the hospital on Feb. 16 for “a few days of observation and rest.” Buckingham Palace initially played down matters, saying it was merely a “precautionary measure” and that doctors were acting “with an abundance of caution.”

His stay in hospital then dragged on, but royal sources told local media: “The Duke remains in good spirits.” They insisted there was no cause for alarm.

On Feb. 20, Prince Charles, the Prince of Wales – who is Philip’s son and heir to the British throne – visited his father in the hospital.

Charles, 72, was reported by local media to look teary-eyed and emotional as he left.

Buckingham Palace then announced the next day that Philip was being treated for an infection and would stay in the hospital for a little while longer.

On March 1, Philip was transferred to St Bartholomew’s Hospital, where Buckingham Palace said he would continue to be treated for an infection but would also “undertake testing and observation for a pre-existing heart condition.”

Two days passed and Buckingham Palace then announced that the Duke has undergone “a successful procedure for a pre-existing heart condition.”

Philip stayed in the hospital, now his longest ever, and was transferred back to King Edward VII hospital on March 5.

He stayed there to receive further treatment until his discharge on Tuesday.