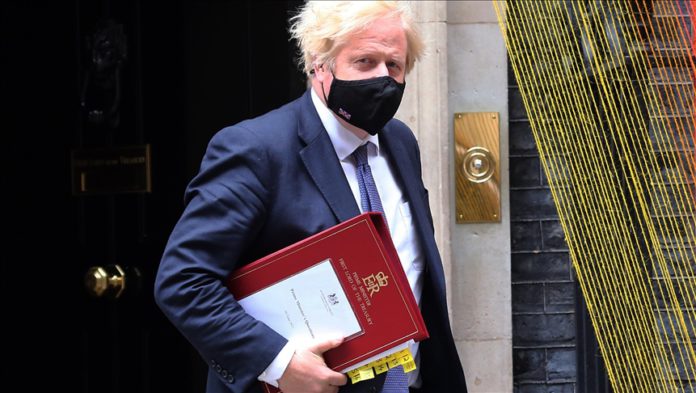 The cut was vehemently opposed by the charity and non-governmental sectors as well as the opposition Labour, Liberal Democrat and Scottish National parties, in addition to a sizeable number of Johnson’s own backbench members of parliament (MPs).

The government has said the cut is only temporary, but the tests it has set out before the cut can be reversed are highly restrictive.

Johnson insisted that this “was not an argument about principle – the only question is when we return to 0.7%.”

The 0.7% pledge is written into law, and upholding it was in the ruling Conservative Party’s 2019 manifesto – meaning to break it would require both a new law to be passed, as today, as well as breaking the manifesto promise.

Johnson told parliament that the COVID-19 pandemic has put Britain’s public finances under “greater strain than ever before in peacetime history.”

“Every pound we spend on aid has to be borrowed and, in fact, represents not our money, but money that we’re taking from future generations,” he said.

Chancellor Rishi Sunak set out two tests before aid spending could return to 0.7%: the Office for Budget Responsibility (OBR) says that the government is not borrowing for day-to-day spending and that underlying debt is falling.

The OBR is an independent government body that provides independent economic forecasts and analysis of the public finances.

Former international development secretary Andrew Mitchell, a Conservative backbencher, said the government’s proposal was a “fiscal trap for the unwary” because the chancellor’s two tests had only been met once in the last 20 years.

Nevertheless, Johnson called on his MPs to “provide certainty for our aid budget and an affordable path back to 0.7% while also allowing for investment in other priorities, including the NHS [National Health Service], schools and the police.”

“As soon as circumstances allow and the tests are met, we will return to the target that unites us,” he said.

His predecessor, Theresa May, was scathing during the parliamentary debate.

“I have been in this house for nearly a quarter of a century. During that time, I have never voted against a three-line whip. As prime minister, I suffered at the hands of rebels… [but] we made a promise to the poorest people in the world. The government has broken that promise. This motion means that promise may be broken for years to come. With deep regret, I will vote against that motion today,” May said.

Tobias Ellwood, the Conservative chair of the defense committee, said: “There is a new global soft power war taking place. This to me is the face of a cold war that is slowly emerging that we in the west are yet to wake up to its reality…This is why we should not be diminishing our own soft power.”

Tom Tugendhat, the Conservative chair of the Foreign Affairs Committee, also said he would not back the government.

Opposition Labour leader Sir Keir Starmer said: “Every living prime minister thinks this is wrong. There is only one prime minister prepared to do this, and he is sitting there.”